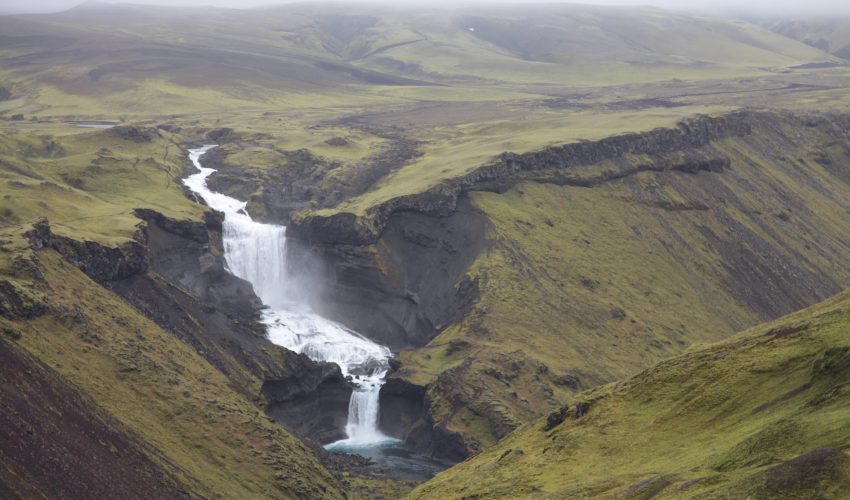 Historic volcanic eruption helped convert Iceland to Christianity. Researchers used medieval texts and an epic Icelandic poem to help confirm the chronology and impact of one of the largest lava flood eruptions in history.

The poem, which describes apocalyptic imagery and the end of pagan gods in Iceland, may have been used as a way to help drive the conversion to Christianity in that region.

A team of scientists and medieval historians led by the University of Cambridge studied ice cores and tree ring data to gauge when a major medieval eruption of Eldgjá in Iceland occurred in the 10th century.

Although texts from all over the world describe events caused by a huge eruption, it had been unclear exactly when it occurred.

The study, published in the journal Climate Change, accurately dates the eruption and shows how the famous medieval poem used imagery of the eruption and help convert people to Christianity.

The eruption of the Eldgjá caused a lava flood totaling around two cubic kilometers.

The researchers were able to determine from ice core records in Greenland that the eruption of the Eldgjá began in the spring of 939 and continued through the autumn of 940.

“This places the eruption squarely within the experience of the first two or three generations of Iceland’s settlers,” said Clive Oppenheimer, the study’s first author. “Some of the first wave of migrants to Iceland, brought over as children, may well have witnessed the eruption.”

The impact of the eruption was felt all over Europe, in parts of Asia, and the Middle East. A haze of sulfurous dust spread across Europe, and the researchers confirmed this with Irish, German, and Italian texts citing a blood-red, weakened sun.

The eruption and dust layer also caused cooling, droughts, famine, and a high number of fatalities all over the world.

“Human suffering in the wake of Eldgjá was widespread. From northern Europe to northern China, people experienced long, hard winters and severe spring-summer drought,” said Tim Newfield, a co-author of the research. “Locust infestations and livestock mortalities occurred. Famine did not set in everywhere, but in the early 940s we read of starvation and vast mortality in parts of Germany, Iraq, and China.”

Although there are no surviving texts from Iceland itself that document of the eruption, the researchers used lines from the famous poem Voluspá (‘The prophecy of the seeress’) to show what the eruption was like for early Icelandic settlers.

The poem dates back to 961 and describes an apocalyptic event that signaled the end of the of pagan gods in exchange for one god.

The researchers theorize that the poem purposely invoked memories of the Eldgjá eruption to help drive a mass conversion to Christianity.

“The poem’s interpretation as a prophecy of the end of the pagan gods and their replacement by the one, singular god, suggests that memories of this terrible volcanic eruption were purposefully provoked to stimulate the Christianisation of Iceland,” said Oppenheimer.