Even hive-bound bees get handicapped by pesticides • Earth.com 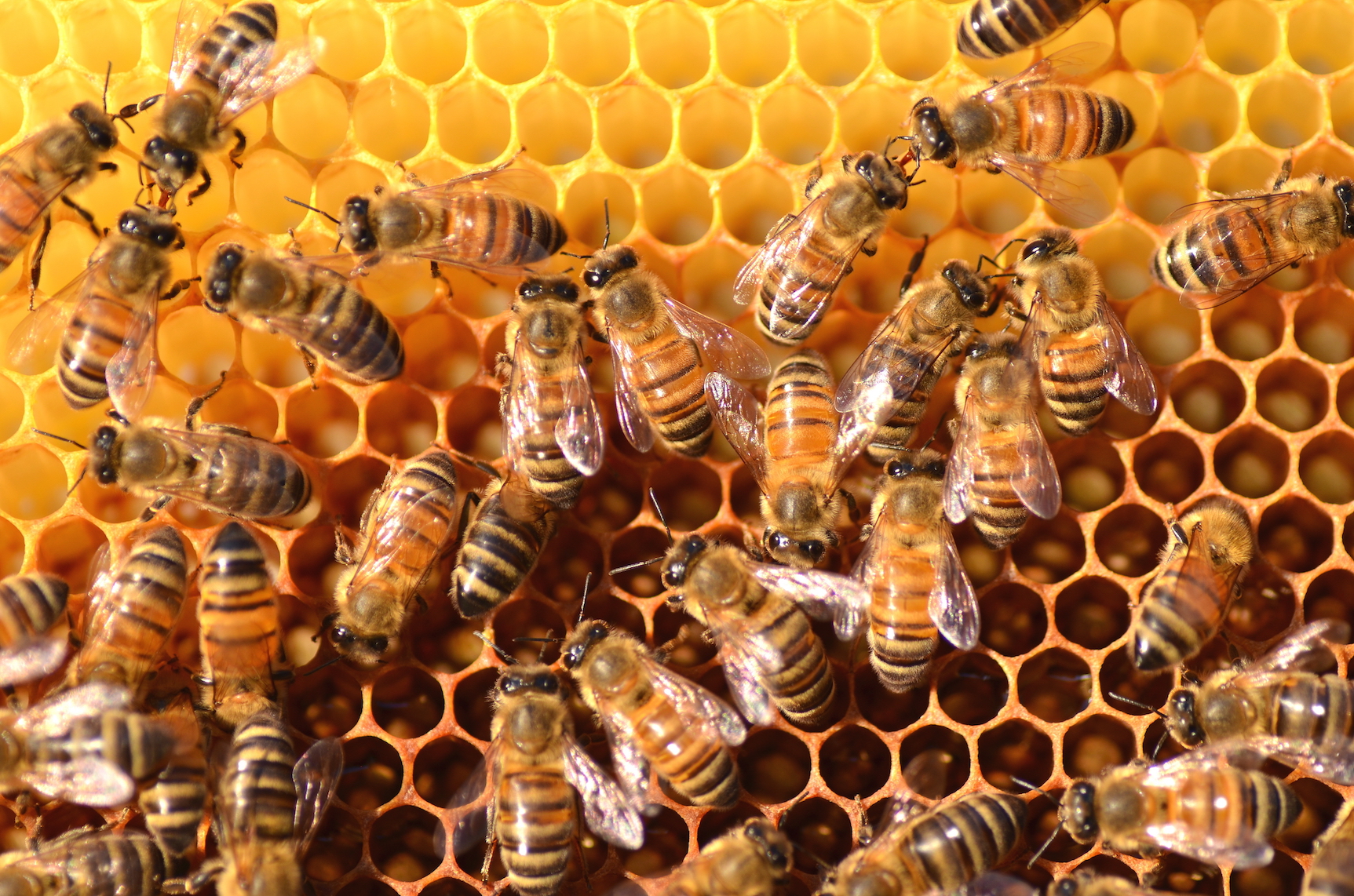 Even hive-bound bees get handicapped by pesticides

Neonicotinoid pesticides are toxic to bees and hinder their pollinating and harvesting abilities.

Foragers, the bees that travel beyond the hive to collect pollen and nectar, are directly exposed to neonicotinoids and herbicides, but what happens when the exposed honeybees bring pesticide particles back to the hive?

Researchers from the Universidad de Buenos Aires in Argentina set out to examine how neonicotinoids affected worker bees in the hive who might come in contact with pesticides while brushing past foragers and handling contaminated honey and pollen.

The results of the study, published in the Journal of Experimental Biology, reveal the detrimental and stunting effects that a lifelong exposure to pesticides has on worker bees.

The researchers tested the effects of neonicotinoids and glysophates, both of which are used to eradicate weeds and pests, on worker bees.

Learning sweet flavors is a key part of the worker bee’s function and role within the colony.

Once young worker bees emerged from the brood comb, the researchers fed them pollen and syrup that was dosed with imidacloprid (a neonicotinoid insecticide), glyphosate or a combination of the two. The concentrations of the doses were only what the bees would encounter in the wild.

When the bees reached 5, 9 and 14 days of age, the researchers conducted experiments in order to assess the bees’ sense of taste and learning ability.

Each bee in the study had to be gently restrained before the researchers touched its antenna with different sugar solutions ranging from .01 percent diluted solution to a thicker syrup. Data was collected on when the bee started tasting the solution and recognizing it as sweet.

The researchers found that exposure to the pesticides had diminished the bees’ sense of taste.

Bees that had come in contact with glyphosate and neonicotinoids were only able to recognize the sugar solution when it was in stronger concentrations, 30 percent or more. The unexposed bees could sense sweet in ten percent sugar solutions.

As the bees got older, the researchers attempted to train them to stick out their tongues or proboscis when they smelled a sweet scent.

Those who had not been exposed to pesticides were immediately able to learn the trick, while those who had been given contaminated pollen and nectar had difficulty with the task no matter what age they were.

The study showed that even bees who aren’t in direct contact with pesticides are affected by neonicotinoids and this can place entire hives in jeopardy.

“The presence of hive bees that are unable to taste the sweetness of food or discriminate between scents will worsen the efficiency of beehives as a whole, possibly reducing the efficiency of pollination and honey production,” said Walter Farina, a co-author of the study.