How hormone replacement affects the bodies of transgender individuals • Earth.com 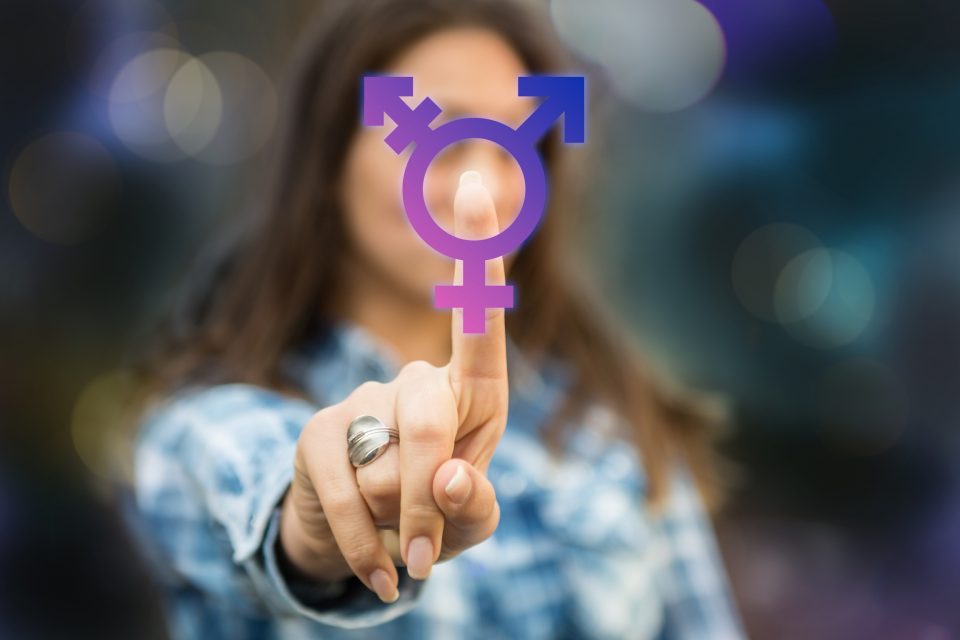 How hormone replacement affects the bodies of transgender individuals

Awareness and acceptance of transgenderism have grown exponentially in the last decade. Perhaps .6% of the population in the United States is believed to be transgender, per recent estimates. Organizations vary in their preferred terminology for this phenomenon. The feeling that one really belongs to the opposite gender is also called gender dysphoria and gender incongruence.

Many, if not most, people have a passing familiarity with gender affirmation surgeries designed to more closely align the anatomy of trans people with their asserted gender—vaginoplasty, breast implants, and facial feminization in male to female (MTF) transsexuals, phalloplasty and mastectomy in female to male (FTM) transsexuals. Less widely understood are the hormone regimens used to modify the physiology of patients presenting with dysphoria. These drug protocols, endorsed for adults by such organizations as the American Medical Association, the American Psychiatric Association, and the American Psychological Association, vary between patients due to a range of factors, including age and desired results. What follows is a general primer on what these drugs are and how they affect the human body.

Treatment protocols have evolved significantly since the first synthetic sex hormones became available in the 1930s. Current regimens are aimed at safely altering both primary sex characteristics, specifically the genitalia, and secondary sex characteristics, such as the presence of hair, breast tissue, muscle tone, and the distribution of body fat. Regimens designed for men wishing to transition to women are modified from those used in menopausal and post-menopausal natal women. Regimens designed for women wishing to transition to men are adapted from those used in natal men who present with hypogonadism—the failure of the testes to produce sufficient amounts of sex hormones.

These drugs modify the amount of the sex hormones testosterone and estrogen in the body, either by directly introducing hormones of the opposite sex or blocking or suppressing the production of native hormones. Both natal women and natal men produce both hormones, though estrogen is dominant in females and testosterone is dominant in males. Estrogen is produced by the ovaries and testosterone is produced by the testes, as well as by the adrenal glands. These hormones are responsible for the development of secondary sex characteristics. Because cross-sex hormones, when taken medically to alter these characteristics, have serious effects, they must be administered by a knowledgeable medical professional. Drugs obtained on the black market may be contaminated or improperly formulated and thus pose substantial risks to those taking them.

Transgender women who undergo cross-sex hormone therapy typically take drugs from one of three groups. Many are prescribed “off-label”—that is, they are usually prescribed for other conditions. Nearly all trans women who undergo hormone replacement therapy (HRT) take some form of estrogen. Estradiol may be administered orally, as a gel, or through a transdermal patch. Parenteral estradiol valerate is injected. These are the hormones that facilitate breast growth, redistribute fat, lessen the growth of body hair, sometimes reverse alopecia (pattern baldness) to an extent, reduce muscle tone, and soften skin texture. They also shrink the penis and testicles. One study showed that libido was decreased in 62.4% of trans women studied. Most trans women also have fewer erections and reduced ejaculate.

While these hormones do suppress androgen—male hormone—production to an extent, unless the patient has had an orchidectomy—removal of the testicles—testosterone is still produced at appreciable levels and so testosterone blockers, or antiandrogens, are frequently administered as well. Spironolactone is the strongest of these; it simply blocks the action of testosterone. Dutasteride and finasteride stop the production of dihydro-testosterone. Other drugs used to suppress the production of testosterone include goserelin and leuprorelin. These belong to a class of drugs known as gonadotropin-releasing hormone (GnRH) agonists, which stop the release of the hormones that initiate sex hormone production by acting on the pituitary gland.

The third group of drugs, progestogens, in the form of natural progesterone or synthetic progestin, is taken by some trans women because it occurs naturally in natal women and is thought by some to enhance breast development and a general sense of well-being. This is contentious and many doctors advise against it; it is typically converted into testosterone in the body. The changes effected by all of these drugs are slow, and maximum effect is observed after 2-3 years and sometimes longer. Larger doses are not more effective and may in fact be dangerous. Most trans women will be on hormones for life, though some later choose to reduce their dosage, especially after surgery that removes the gonads.

Trans men usually take testosterone by injection, either subcutaneously or intramuscularly. Testosterone enanthate, testosterone cypionate, and testosterone undecanoate are common forms. There are also pellets that can be inserted under the skin, where they slowly release testosterone into the body. And gels and oral formulations are also available. Some trans men also take GnRH agonists to suppress the effects of estrogen if they have not undergone a hysterectomy. After three months, a number of changes are facilitated by administration of these drugs. Menstruation usually ceases, body hair begins to sprout in typically male places such as the face and chest, fat distribution may change to some extent, muscle mass increases, and the voice deepens. Some trans men develop acne. The clitoris enlarges and many report substantial increases in libido. Trans men are usually on hormones for life as well.

A number of recent studies (2015, 2016, and 2018) have found that, by and large, when administered by a properly trained doctor, hormones are safe and effective methods of alleviating gender dysphoria and providing an improved quality of life to patients. There are nonetheless a number of well-established side effects. Sterility is all but a certainty in trans women and is not uncommon in trans men. And relatively mild side effects such as headaches and hot flashes are often reported. However, more-significant and life-threatening medical problems have been noted in at least some patients as well. While studies have typically focused on relatively small sample groups and more research is needed to fully establish their prevalence, these consequences of HRT are nonetheless noteworthy.

Perhaps the most commonly noted adverse effects have been cardiovascular and appear to be largely restricted to trans women. They may be on the decline, however, as one drug known to cause them, ethinyl estradiol, is no longer prescribed. Further, these instances have to some extent been correlated to other factors, such as smoking and long periods of immobility, as when a trans woman is recovering from gender confirmation surgery. Studies from 2017 and 2018 did find evidence that venous thromboembolism (VTE), a blood clot that forms in the extremities, was more common in trans women on estrogen. The 2018 study also found evidence of increased risk of ischemic stroke. A 2019 study, though it noted some incidence of VTE in trans women, was less conclusive. Another 2018 study found increased risk of heart attack in trans women. Several cases of pituitary prolactinomas, a benign tumor of the pituitary gland, have been reported in trans women on estrogen. Patients with a family history of estrogen-sensitive cancer are advised to inform their doctors. Osteopenia and osteoporosis, both conditions marked by loss of bone density, have also been noted in some trans women.

Cardiovascular symptoms do not appear to be as pronounced in trans men, though some studies have found fluctuations in cholesterol and triglyceride levels that might negatively impact cardiovascular health. Though some studies have suggested that exposure to testosterone may induce polycystic ovary syndrome, more recent ones have found that not to be the case. Trans men have also developed polycythemia, or the overproduction of red blood cells.

More controversial has been the administration of puberty blockers in the form of GnRH agonists, as well as hormone therapy, to children presenting with gender dysphoria. Because the long-term effects of puberty blockers are unknown, and the best-studied patient populations are restricted to children who receive them due to undergoing early puberty, the ethics of this practice are the subject of intense debate. Proponents claim that the benefits of stopping puberty allow children time to explore their identity, and if they do affirm that they are transgender, their transition will be easier. However, opponents cite the fact that most studies of gender dysphoria in children have shown high rates of desistance, or a return to comfort with their assigned gender. It is known that puberty blockers do reduce bone density, though this is typically reversed when they are stopped. And the effect of blocking sex hormones on neurological development is not understood. Further, the administration of cross-sex hormones over the majority of a person’s lifespan is completely unprecedented, leaving the possibility of unknown complications down the line. A large-scale study by the National Institute of Health initiated in 2016 aims to resolve some of these questions.

Much remains to be learned about HRT and its consequences. What is certain is that, at least in adults, it has proven to have undeniably positive effects on the lives of members of a vulnerable and poorly-understood population.