Horseradish flea beetles take up plant toxins for their own defense • Earth.com 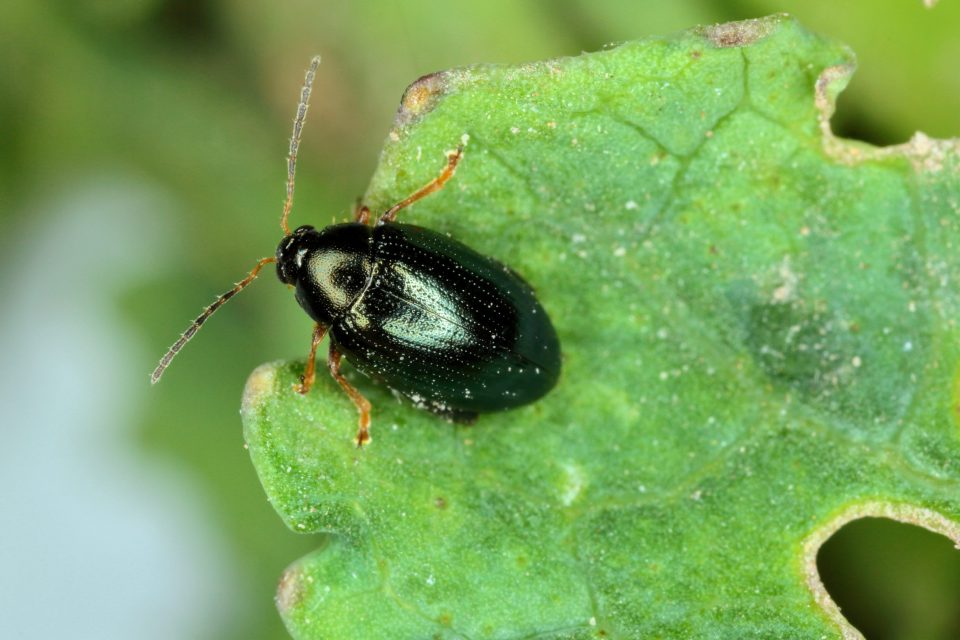 In a new study, scientists have identified special transporters that horseradish flea beetles use to accumulate high amounts of plant toxins in their bodies to use for their own defense.

As they feed on and take up nutrients from their host plants, horseradish flea beetles also ingest mustard oil glucosides, which are the characteristic defense compounds of horseradish and other brassicaceous plants. The beetles use these compounds to turn themselves into a “mustard oil bomb” to deter predators.

A team of experts at the Max Planck Institute for Chemical Ecology has discovered that the beetles are equipped with special transporters in the excretory system that prevent the excretion of mustard oil glucosides.

Many types of insects that feed on toxic plants have the ability to acquire defense compounds through their diet.

“This beetle, which can accumulate vast amounts of host plant glucosinolates, regulates the levels and composition of glucosinolates in the body at least partially by excretion. This suggested that Phyllotreta armoraciae possesses very efficient transport and storage mechanisms, which we wanted to uncover.”

The team was led by Franziska Beran, head of the Sequestration and Detoxification in Insects Research Group at the Max Planck Institute.

In a previous study, the researchers uncovered how horseradish flea beetles use glucosinolates from their host plant to defend against a predatory ladybug. For the current study, the experts set out to identify glucosinolate transporters within the beetles.

“The search for these transporters was literally like looking for a needle in a haystack,” said Beran. “We found 1,401 putative membrane transporters in the gut and excretory system of this beetle. Narrowing down our search to transporters that are specific for the horseradish flea beetle helped us to identify a group of glucosinolate-specific transporters.”

“We silenced the expression of several transporter genes that are localized in the Malpighian tubules and found that the beetles excreted more glucosinolates than a control group of beetles with normal gene expression. Because of the higher excretion rate, the levels of defense compounds in the beetle body went down,” explained Yang.

“Our study is the first to identify transporters in the Malpighian tubules that enable an insect to accumulate plant defense compounds.”

According to the researchers, their study demonstrates that sequestration is a complex process – much more than just the uptake of plant metabolites into the animal’s body. The insect must adapt its entire physiology to use plant defense compounds.

“Sequestration is probably one of the most complex adaptations that herbivorous insects have evolved. It most certainly also contributes to the evolutionary success of insects that specialize in certain host plants, such as the horseradish flea beetle,” said Beran.