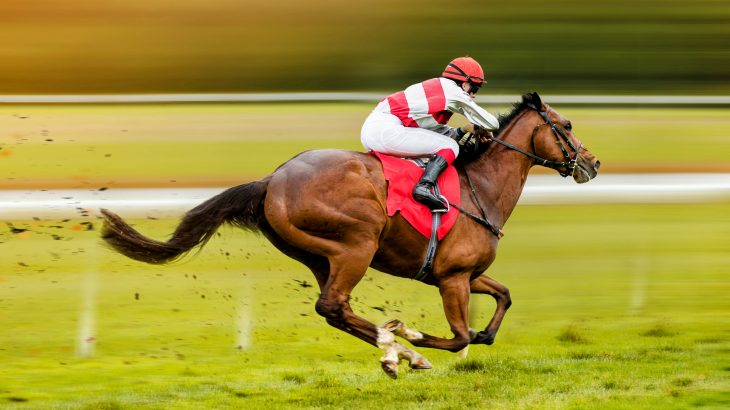 In a new study published by Frontiers, experts have discovered that bacteria in the gut of a horse communicate with cells to promote energy efficiency. The gut bacteria send chemical signals to the cells to regulate energy metabolism, ultimately improving the horse’s athletic performance.

“We are one of the first to demonstrate that certain types of equine gut bacteria produce chemical signals that communicate with the mitochondria in the horse’s cells that regulate and generate energy,” said study lead author Eric Barrey of the National Research Institute for Agriculture, Food, and Environment in France.

“We believe that metabolites – small molecules created by breaking down bigger molecules for food or growth – produced by these bacteria have the effect of delaying low blood sugar and inflammation in the cells, which in turn extends the horse’s athletic performance.”

Recent studies have shown that mitochondria, which generate large amounts of energy within cells, are interdependent with gut bacteria. Researchers have also linked many diseases associated with mitochondrial dysfunction, such as Parkinson’s and Crohn’s, to changes in the gut microbiome.

Study first author Dr. Nuria Mach is an expert at the National Research Institute for Agriculture, Food and Environment in France.

“Studying horses is a good way to assess the link between gut bacteria and mitochondria, because the level of exercise, and thereby mitochondrial function, performed by a horse during an endurance race is similar to that of a human marathon runner,” explained Dr. Mach.

“For this study we gained permission for veterinary doctors to take blood samples from 20 healthy horses of similar age and performance level, at the start and end of the International Endurance Competition of Fontainebleau, an 8-hour horse race in France.”

“These samples provided information about the chemical signals and expression of specific genes, which is the process by which DNA is converted into instructions for making proteins or other molecules. To understand the composition of the horse’s gut bacteria metabolites, we obtained fecal samples at the start of the race.”

The researchers found that certain bacteria in the gut were linked to gene expression through mitochondria, and the genes that were “turned on” were associated with metabolism.

“Interestingly, mitochondria have a bacterial origin – it is thought they formed a symbiotic relationship with other components to form the first cell,” said Barrey. “This may explain why mitochondria have this line of communication with gut bacteria.”

“Improving our understanding of the intercommunication between the horse and the gut microbiome could help enhance their individual performance, as well as the method by which they are trained and dietary composition intake,” said Dr. Mach.

“Manipulating the gut microbiota with probiotic supplements as well as prebiotics, to feed the good bacteria, could be a way for increasing the health and balance of the microbiome and horses, to better sustain endurance exercise.”

The study is published in the journal Frontiers in Molecular Biosciences.