Hotter ancient Earth had palm trees at the poles • Earth.com 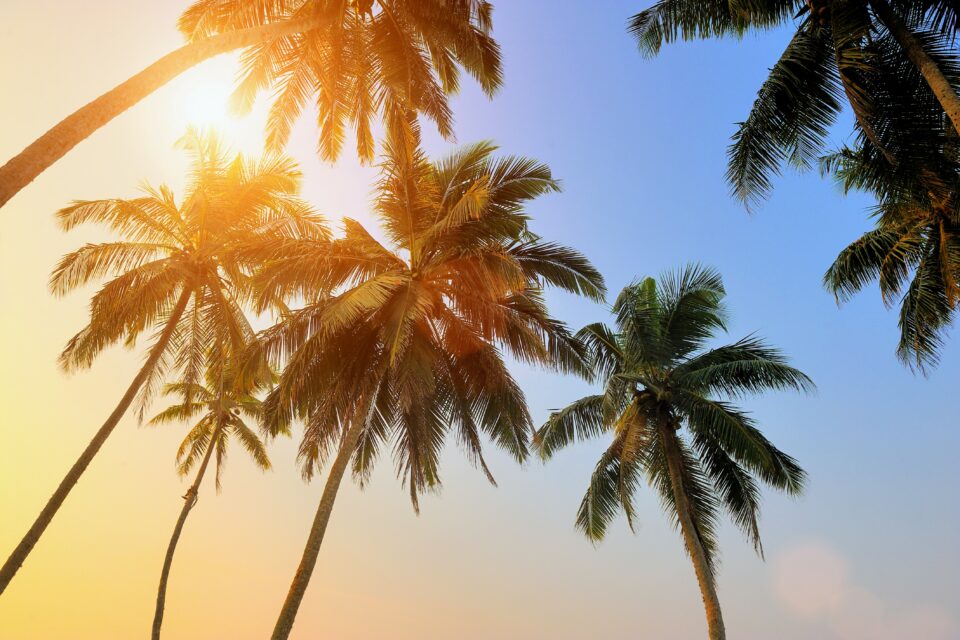 Hotter ancient Earth had palm trees at the poles

Paleobotanist David Greenwood has collected fossil plants from southern Australia for decades. Along with climate scientists and other paleobotanists, Greenwood has started to recreate the ancient environment.

The fossil ecosystem examined by the team existed 55 to 40 million years ago, during the Eocene epoch. This was a time when Earth was much warmer – with tropical weather and palm trees at the poles. Dry continents like Australia were much wetter and lusher. The researchers can understand a lot about rainfall and temperature patterns on ancient Earth by looking at plants.

“For example, if a plant has large leaves and it is left out in the sun and doesn’t get enough water, it starts to shrivel up and die because of excess evaporation,” said study co-author Tammo Reichgelt of the University of Connecticut. “Plants with large leaves also lose heat to its surroundings.”

“Finding a large fossil leaf therefore means that most likely this plant was not growing in an environment that was too dry or too cold for excess evaporation or sensible heat loss to happen. These and other morphological features can be linked to the environment that we can quantify. We can compare fossils to modern floras around the world and find the closest analogy.”

The research suggests that the Earth was quite sensitive to CO2, with the poles amplifying the warming effect, a phenomenon that is poorly represented in climate models.

“Southern Australia seems to have been largely forested, with primary productivity similar to seasonal forests, not unlike those here in New England today,” said Reichgelt. “In the Northern Hemisphere summer today, there is a big change in the carbon cycle, because lots of carbon dioxide gets drawn down due to primary productivity in the enormous expanse of forests that exists in a large belt around 40 to 60 degrees north.”

“In the Southern Hemisphere, no such landmass exists at those same latitudes today. But Australia during the Eocene occupied 40 degrees to 60 degrees south. And as a result, there would be a highly productive large landmass during the Southern Hemisphere summer, drawing down carbon, more so than what Australia is doing today since it is largely arid.”

The researchers hope that their study will further the understanding of how our planet warms and improve climate change models for the future.

The research was published in the journal Paleoceanography and Paleoclimatology.