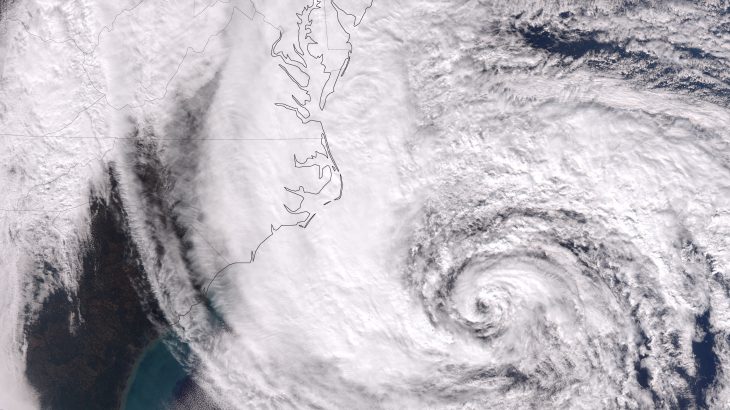 Houses lost in hurricanes are being rebuilt bigger, study shows

New research has revealed that homes lost from hurricane damage are often being rebuilt bigger than before, which increases the risks of future infrastructure damage.

A team of researchers led by the University of Southampton labeled the trend “building back bigger” in a new study published in the journal Nature Sustainability.

The researchers noticed that homes built after a hurricane in hurricane strike-zones were bigger than their predecessors.

“Our findings highlight a ‘building back bigger’ trend in zones known to be prone to damage from extreme wind conditions and storm surge flooding,” said Eli Lazarus, the lead researcher for the study. “This practice creates an intensification of coastal risk – through increased, high-value property being exposed to major damage or destruction.”

Researchers from both the UK and the US used satellite imagery and building footprints to compare changes in residential housing across five coastal locations in New Jersey, North Carolina, Florida, Alabama, and Texas.

Each of the locations is a developed coastal barrier, and combined all five had suffered damage from six hurricane systems between 2003 and 2012.

The researchers reviewed satellite images taken before the storms hit and in 2017 to better see how infrastructure and buildings had changed.

House footprints increased on average between 19 and 49 percent after a hurricane hit, and new homes built post-hurricane that weren’t replacements were also larger than the pre-storm average sizes between 14 and 55 percent.

The researchers say that overall houses in the US are getting bigger which only increases the risk of damage in weather-related disasters whether it’s hurricanes, floods, wildfires, or tornadoes.

“The crippling effects of disasters on vulnerable communities can leave them open to – and perhaps ultimately pushed out by – speculative real-estate markets with investors who buy up ruined parcels of land to make gains in any subsequent recovery,” said Lazarus. “The building of larger homes, in-turn, puts a greater strain on the funding of subsidised insurance for properties in at risk areas.”