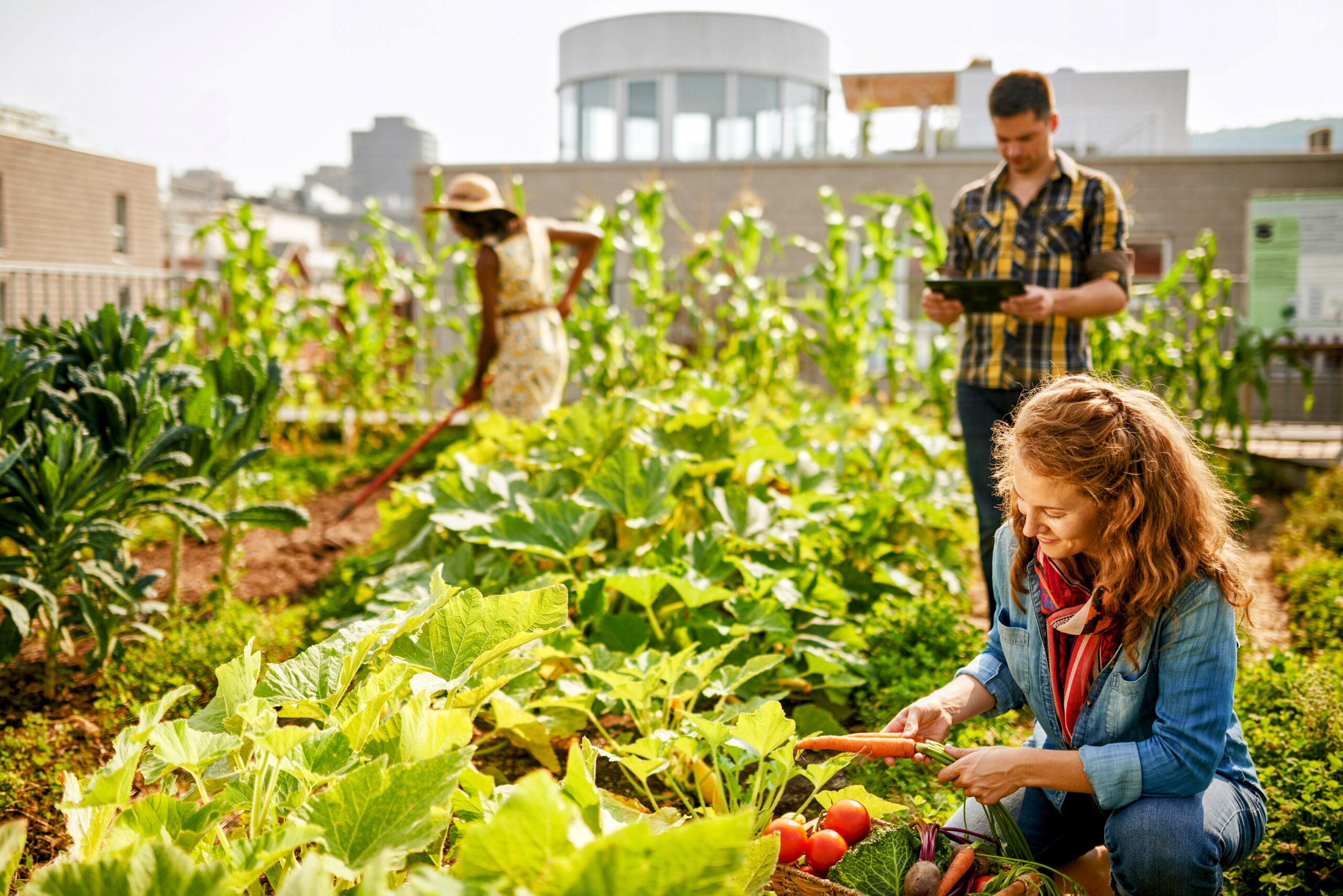 As the world’s cities grow, it becomes increasingly important to find ways of making them greener and more sustainable. A popular option for achieving this goal are rooftop gardens and farms which take advantage of underutilized roof space, providing new food resources, while at the same time cooling the surrounding area, increasing building insulation, and improving air quality. Yet, conditions on rooftops such as higher solar radiation, more wind exposure, and lesser soil moisture often make plants grow smaller and be less healthy.

Now, a research team led by Sarabeth Buckley, an expert in Plant Sciences at the University of Cambridge, has found that repurposing the CO2 from building exhaust as a kind of fertilizer may help counter some of these challenges.

“We wanted to test whether there is an untapped resource inside buildings that could be used to make plants grow larger in rooftop farms. Creating more favorable conditions that increase growth could help make rooftop farms more successful and therefore more viable options for installation on buildings,” said Dr. Buckley.

The researchers chose corn and spinach as a test case, since they are edible plants that use different pathways to photosynthesize, one of which – called “C3” and used by spinach but not by corn – being highly sensitive to elevated CO2 levels, and grew them on the roof of a campus building at Boston University. Thus, corn acted as a control used to explore how other aspects of placement close to the exhaust vents, such as different temperatures, affected plant growth.

Moreover, the rooftop garden also featured controls that were fanned by large fans without any exhaust air, to check whether air movement from the vents was a contributing factor. The concentrations of CO2 in the classrooms and on the roof were regularly measured to see how much extra CO2 is reaching the plants.

The scientists monitored the plants during their growth for size, number of leaves, and – after harvesting – for wet and dry biomass. The examination revealed that spinach grown next to the exhaust vents had four times the biomass of spinach grown next to a control fan and, even when high winds decreased the size advantage, these plants were still twice as large as the ones in the control group.

“We are hoping this could lead to the further development of this system and eventual implementation in rooftop gardens and farms. If that happens, then hopefully more rooftop farms will be installed. They could provide a multitude of environmental and social benefits such as energy savings for the building, carbon drawdown, climate mitigation, urban heat reduction, local food production, community building opportunities, and aesthetic and mental health benefits,” Dr. Buckley concluded.