How did the dinosaur extinction influence plant evolution? • Earth.com 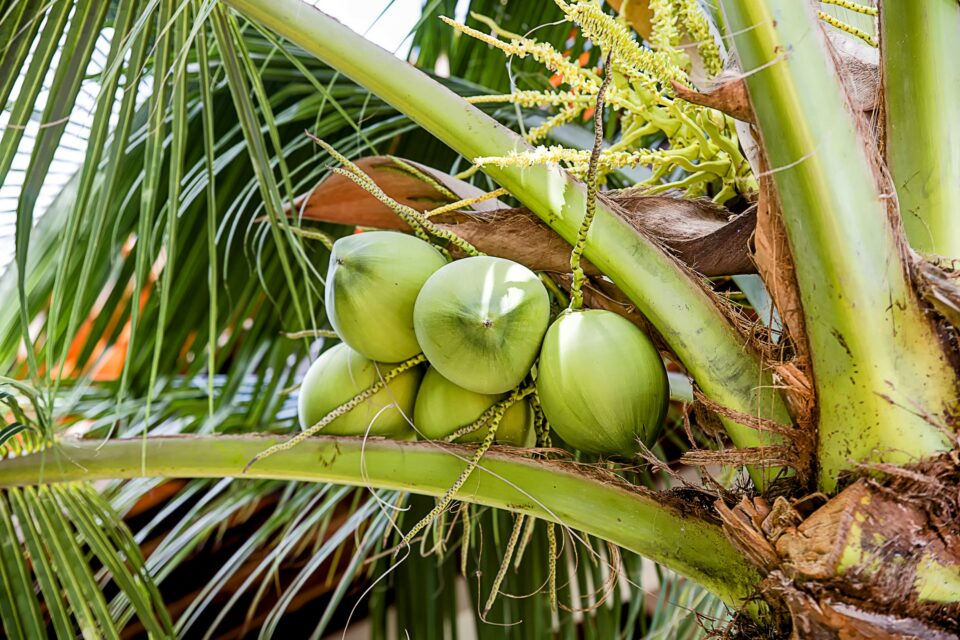 How did the dinosaur extinction influence plant evolution?

After the cataclysmic extinction of dinosaurs 66 million years ago, large herbivores were absent from Earth for over 25 million years. Since plants and herbivorous animals influence each other during evolutionary history, scientists have long pondered how the very long absence and later return of “megaherbivores” affected the evolution of the plant world.

By performing a series of genetic analyses of fossilized palm species, a research team led by the German Centre for Integrative Biodiversity Research (iDiv) and Leipzig University has now traced the evolutionary developments of plants during and after the extinction of megaherbivores.

At the time of the dinosaurs, palm species bore large fruits and were covered with spines and thorns on their leaves and trunks. The fossil analyses revealed that, after the dinosaurs went extinct, “the evolutionary speed” with which new palm species with small fruits arose decreased, while that of those with large fruits remained almost constant. However, the size of the fruits themselves increased during the megaherbivore gap, suggesting that much smaller animals could also eat large fruits and disperse their seeds with their excretions.

“We were thus able to refute the previous scientific assumption that the presence of large palm fruits depended exclusively on megaherbivores,” said study first author Dr. Renske Onstein, a biologist at iDiv and Leipzig University. “We therefore assume that the lack of influence of large herbivores led to denser vegetations in which plants with larger seeds and fruits had an evolutionary advantage.”

However, Dr. Onstein and her colleagues discovered that the number of palm species with defense traits such as thorns and spines decreased after the extinction of the dinosaurs. “Defense traits without predators apparently no longer offered evolutionary advantages,” explained Dr. Onstein. “However, they returned in most palm species when new megaherbivores evolved, in contrast to the changes in fruits, which persisted.”

Better understanding how the extinction of megaherbivores affected plant evolution in the past could help predict future ecological developments. The study results suggest that the ongoing extinction of large herbivores due to human hunting and climate change could also have a significant impact on trait variation in plant populations today and in the foreseeable future.