How do Arabian camels survive for weeks without water? • Earth.com 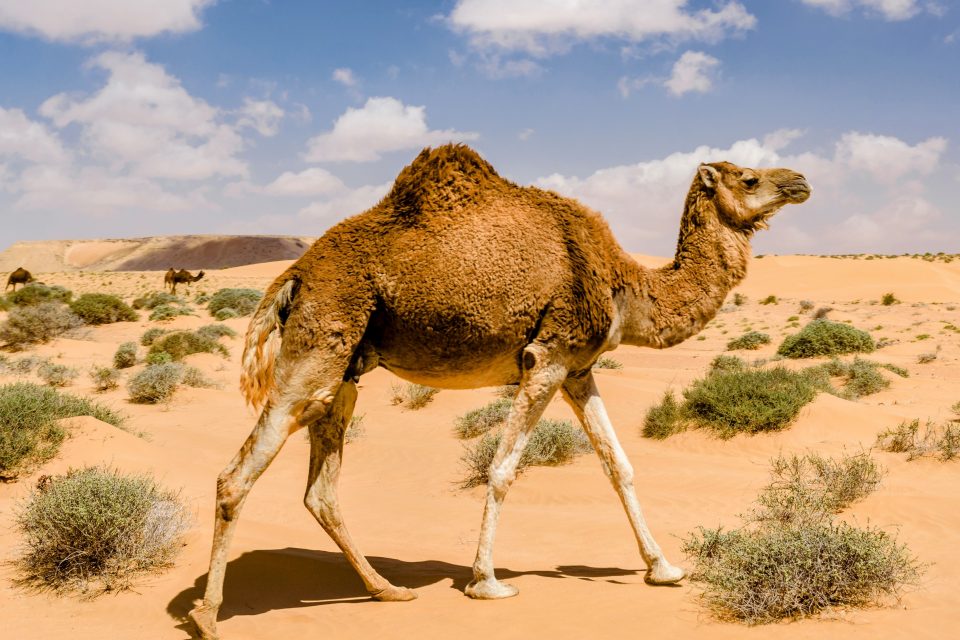 Experts at the University of Bristol have made a breakthrough discovery that explains how the one-humped Arabian camel can survive for weeks without drinking. The research was focused on the response of the camel’s kidneys to the stress of dehydration and rapid rehydration.

Camelus dromedarius is believed to have been domesticated 3,000 to 6,000 years ago in the Arabian Peninsula. Here, as well as in the arid and semi-arid regions of North and East Africa and Iran, the camel is the most important livestock animal. The camels serve a variety of purposes, ranging from milk and meat production to riding and sport.

According to the researchers, the one-humped camel is so incredibly well adapted to the desert environment that it can endure weeks without access to water.

The camel’s kidneys play a central role in conserving water by producing highly concentrated urine. For the current study, the researchers set out to identify the genes that activate this biological coping mechanism.

The team analyzed how thousands of genes changed in the camel kidney in response to dehydration and rehydration.  The results indicate that the amount of cholesterol in the kidney plays a role in water conservation.

“A decrease in the amount of cholesterol in the membrane of kidney cells would facilitate the movement of solutes and water across different sections of the kidney – a process that is required to efficiently reabsorb water and produce a highly concentrated urine, thus avoiding water loss,” explained the study authors.

“This is, to the best of our knowledge, the first time that the level of cholesterol has been directly associated with water conservation in the kidney. Thus, we describe a novel role for this lipid that may be of interest when studying other species.”

The experts are currently investigating how the camel brain responds to dehydration and how other species adapt to life in the desert.

The research is particularly relevant today, as over one third of the world’s land surface is threatened with desertification as a result of climate change and unsustainable land use.