How do birds know when it's time to stop migrating? • Earth.com 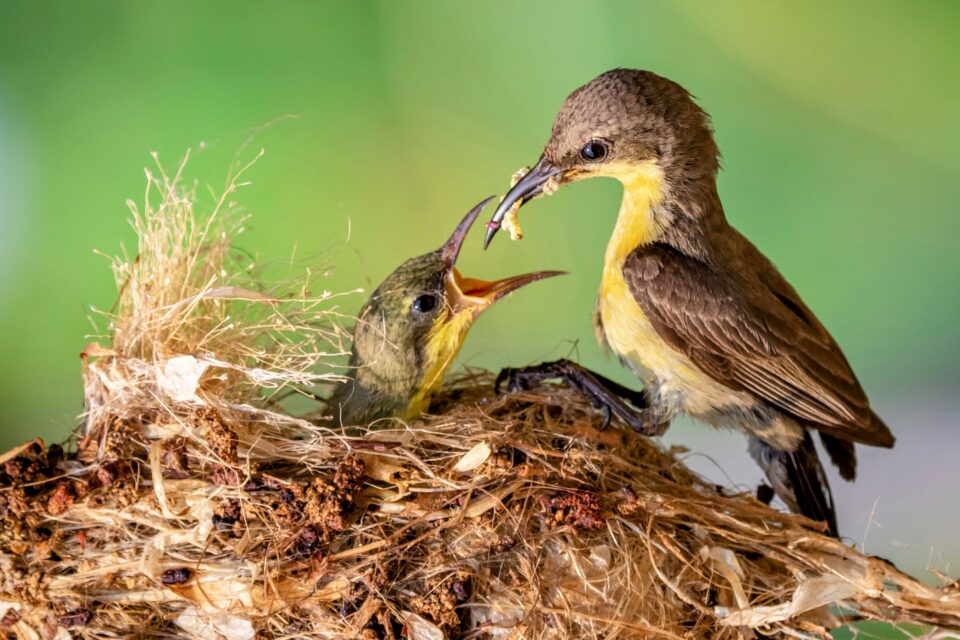 Migratory songbirds embark upon very long journeys to return to their breeding grounds. Although these trips can occasionally span several continents, the birds arrive each year at the same spots with remarkable precision. While much research has focused on understanding how birds learn migratory routes and navigate them, until recently it has remained a mystery how they know where and when to stop migrating.

According to new research led by the University of Oxford, migratory songbirds use cues derived from the Earth’s magnetic field, such as magnetic declination, inclination, intensity, and area-specific strength, in order to guide their arrival.

However, the Earth’s magnetic field slightly shifts each year, and thus the magnetic parameters that are used to define a bird’s natal and breeding site will occur in a slightly different location every year. Despite this, birds are often able to arrive within meters of their natal sites year after year.

“Although it is known that birds can return to their breeding grounds with exceptional precision, it has remained a mystery how they know when and where to stop migrating,” wrote the study authors.

“Using nearly a century’s worth of Eurasian reed warbler (Acrocephalus scirpaceus) ringing recoveries, we investigated whether fluctuations in Earth’s magnetic field predict variation in the sites to which birds return. Ringing recoveries suggest that magnetic inclination [the specific dip angle between the Earth’s magnetic field and the Earth’s surface] is learned before departure and is subsequently used as a uni-coordinate “stop sign” when relocating the natal or breeding site.”

Although several locations on the Earth’s surface have the same magnetic inclination, songbirds solve this problem by stopping at the first place where the correct inclination is encountered on the flight trajectory that they inherited. This amazing, instinctive capacity makes them able to return to their natal and breeding grounds after each migration.