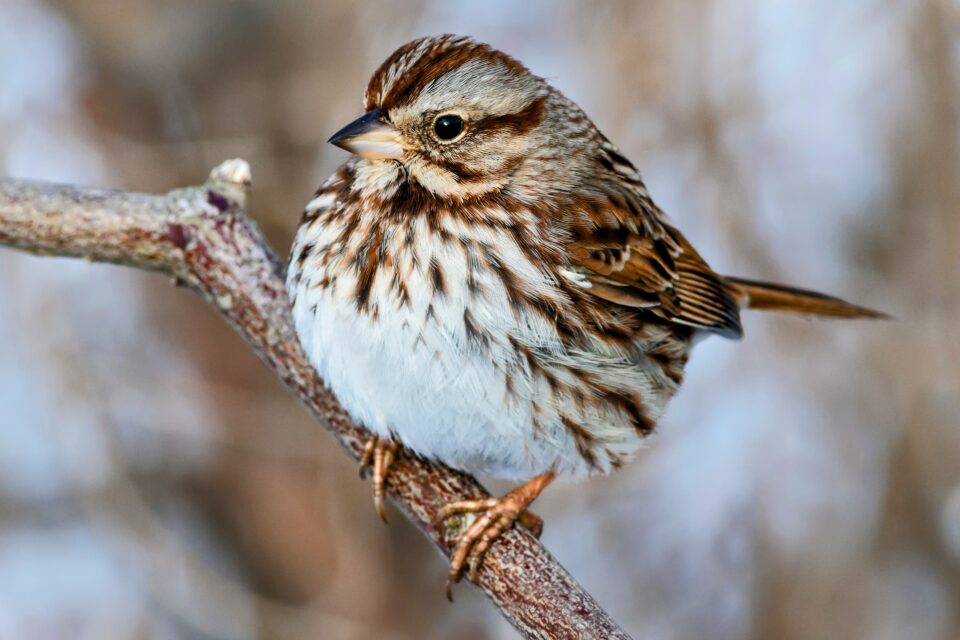 Song sparrows are a widespread songbird in North America. Among them, only males sing in order to defend their territory and court mates. They usually have a “repertoire” of up to 12 different two-seconds songs, which can take nearly 30 minutes to get through, because they repeat the same song several times before starting another track.

A new study led by Duke University and the University of Miami has found that song sparrows deliberately shuffle and mix their song repertoire, probably as a way to keep it interesting for their female audiences.

The researchers recorded the songs of over 30 birds in the backwoods of northwest Pennsylvania and found that male sparrows can keep quite an accurate track of the order of their songs and how often each song is played for over half an hour, possibly in order to avoid repetition and build up hype and novelty.

The more a sparrow sang a particular song, the longer he took to get back to that song. For example, if Song A was played ten times in a row, the bird would sing more renditions of other songs before returning to Song A. However, if Song A was played just two or three times, the bird would usually recite a shorter rendition of the other songs in order to return faster to the relatively new and underplayed Song A.

These findings suggest that song sparrows are capable of “long-distance dependencies” – the ability to choose what to sing at a given point by taking into account what they sang up to half an hour before. According to the scientists, this is a 360 times larger memory capacity than the canary’s (the previous record holder), who can only juggle about five seconds of song information in this way, and makes male sparrow song much more similar to human language than any other animal’s vocal behavior.

Further research is needed to understand why this impressive trait emerged and evolved. The current hypothesis is that it may help keep females interested and less bored, much like shuffling a Spotify playlist keeps us entertained during a gym session. “You’ve got your playlist for running and the reason you’ve got that is because running is kind of boring,” said study senior author Stephen Nowicki, a professor of Biology at Duke University. “You know that these 10 songs are going to keep you motivated, but if you are going to run for 20 songs long, why not shuffle it so the next time you don’t hear the same songs in the same order?”