How do plants handle competition during extreme drought? • Earth.com 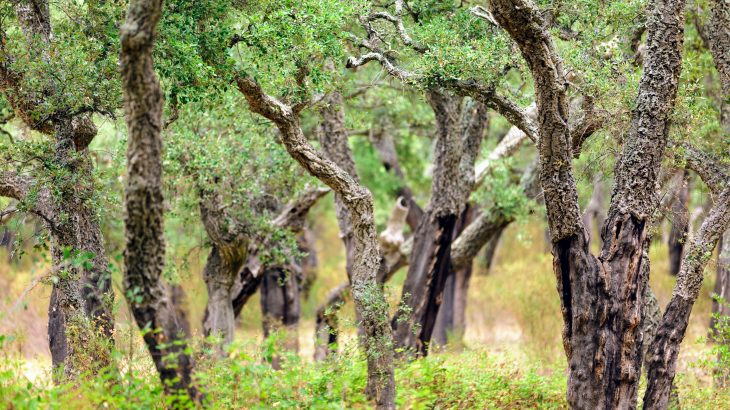 How do plants handle competition during extreme drought?

In a new study from the University of Freiburg, researchers have been investigating how plants cope with extreme drought that coincides additional stress, including competition with invasive species. The research is shedding new light on how entire ecosystems will respond to climate change.

“Interaction effects of different stressors, such as extreme drought and plant invasion, can have detrimental effects on ecosystem functioning and recovery after drought. With ongoing climate change and increasing plant invasion, there is an urgent need to predict the short- and long-term interaction impacts of these stressors on ecosystems,” explained the researchers.

The investigation was focused on a field study in the Park Tapada Real in the small Portuguese town of Vila Viçosa. The team examined how cork oak, Quercus suber, responds to two coinciding stressors – extreme drought and competition with the invasive plant species gum rockrose.

“The factors interacted more dynamically than we expected,” study co-author Simon Haberstroh, who conducted the research for his doctoral thesis.

The researchers found that during wet years, the interacting stressors did not cause any significant changes in the cork oak. In dry conditions, the factors either amplified or buffered each other.

“In an average precipitation year, the interaction effects of both stressors were neutral. However, the combination of imposed drought and shrub invasion led to amplifying interaction effects during an extreme drought by strongly reducing tree transpiration. Contrarily, the imposed drought reduced the competitiveness of the shrubs in the following recovery period, which buffered the negative effects of shrub invasion on Q. suber,” explained the study authors.

“Our results demonstrate the highly dynamic and non-linear effects of interacting stressors on ecosystems and urges for further investigations on biotic interactions in a context of climate change pressures.”

The researchers were surprised to find that cork oak, despite the double burden, was able to recover better than had been expected after extreme drought.

“These new research findings contribute to better understanding and more expedient care of ecosystems,” said Haberstroh. “Using them we can, for example, develop rules for particularly dry years, which is a central issue in times of climate change.”