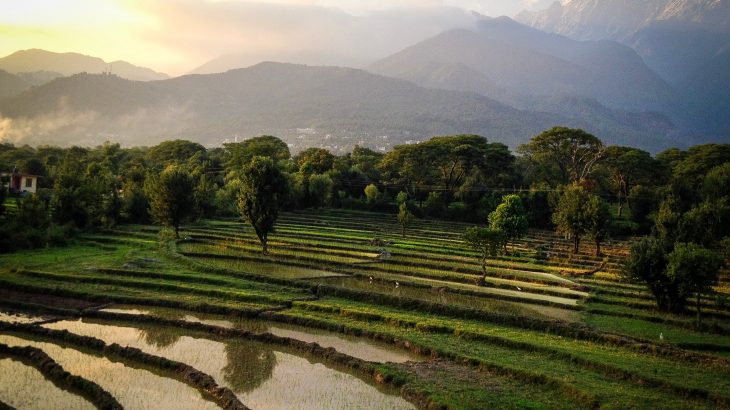 Experts at the Potsdam Institute for Climate Impact Research (PIK) have found that large volcanic eruptions can help predict seasonal rainfall in India. While volcanic activity and monsoon season may seem to be completely unrelated, the team reports that there is a strong coupling between the monsoon over large parts of South and Southeast Asia and El Niño events triggered by eruptions.

Rainfall during the summer monsoon season is critically important for India’s agricultural industry, which supports about one billion people.

The study was focused on data from meteorological observations, climate records, computer model simulations, and geological archives such as tree-rings and ice cores representing thousands of years of Earth’s history.

The experts discovered that when the natural climate variability of El Niño coincides with the monsoon season, it is easier to anticipate the strength of seasonal rainfall across southern India.

Study co-author Dr. R. Krishnan is the executive director of the Center for Climate Change Research at Indian Institute for Tropical Meteorology.

“The tiny particles and gases that a large volcano blasts into the air enter into the stratosphere and remain there for a few years. While the volcanic matter in the stratosphere to some extent blocks sunshine from reaching the Earth’s surface, the reduced solar forcing increases the probability of an El Niño event in the next year,” explained Dr. Krishnan.

“This is because less sunshine means less warmth and hence a change of temperature differences between the Northern and Southern hemisphere, which in turn affects the atmospheric large-scale circulation and precipitation dynamics.”

Study co-author Norbert Marwan said that the synchronization between the tropical Pacific Ocean and Indian monsoon is changing over time, which is partially driven by global warming – making monsoon predictions even less accurate.

“This in fact confirms a hypothesis that our colleagues Maraun and Kurths launched 15 years ago. The new findings now suggest a novel, additional path for monsoon predictions that are crucial for agricultural planning in India,” said Marwan.