Human and octopus brains are more similar than expected • Earth.com 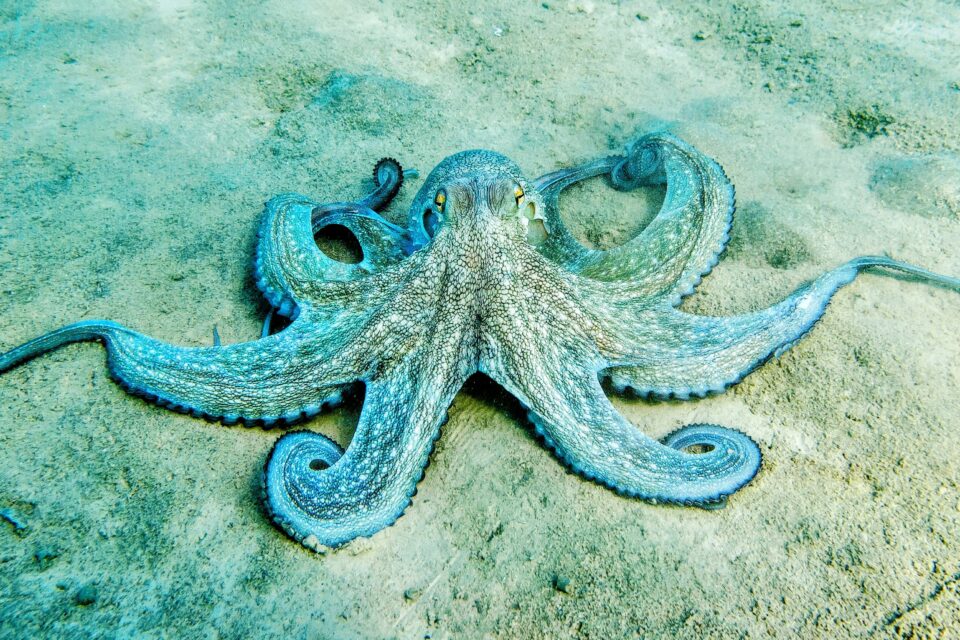 Scientists have long known that the octopus is an extraordinary organism with a highly complex brain and cognitive abilities that are unique among invertebrate creatures. According to a new study led by the International School for Advanced Study (SISSA) in Trieste, Italy, the neuronal and cognitive complexity of these animals could originate from a molecular analogy with the human brain. The experts found that the octopus and human brain share similar transposons, or “jumping genes” – a type of genes that can move from one point to another of an individual’s genome, shuffling or duplicating.

Over 45 percent of the human brain is composed of such jumping genes. However, most of them lost their ability to move, or are inactive because they accumulated mutations over generations. Moreover, even some of the intact ones are most of the time blocked by cellular defense mechanisms. The most relevant mobile elements, though, belong to the Long Interspersed Nuclear Elements (LINE) family. These are still potentially active, and are thought to be associated with cognitive abilities such as learning or memory.

The scientists found that the genomes of two common species of octopus – Octopus vulgarisms and Octopus bimaculoides – are also rich in jumping genes, although most of them are inactive. However, some elements of the LINE family were discovered in parts of the octopus brain that are crucial for these creatures’ amazing cognitive abilities.

“The discovery of an element of the LINE family, active in the brain of the two octopus species, is very significant because it adds support to the idea that these elements have a specific function that goes beyond copy-and-paste,” explained study co-senior author Remo Sanges, the director of the Computational Genomics Laboratory at SISSA.

“I literally jumped on the chair when, under the microscope, I saw a very strong signal of activity of this element in the vertical lobe, the structure of the brain which in the octopus is the seat of learning and cognitive abilities, just like the hippocampus in humans,” added study co-author Giovanna Ponte, a researcher in Biology and Neurophysiology at the Stazione Zoologica Anton Dohrn.

According to the researchers, this similarity between the genetic constitution of the human and octopus brain are a fascinating example of convergent evolution – a phenomenon for which, in two genetically distinct species, the same molecular processes develop independently, in response to similar needs.

“The brain of the octopus is functionally analogous in many of its characteristics to that of mammals. For this reason, also, the identified LINE element represents a very interesting candidate to study to improve our knowledge on the evolution of intelligence,” concluded co-senior author Graziano Fiorito, the director of the Department of Biology and Evolution of Marine Organisms at the Stazione Zoologica Anton Dohrn.