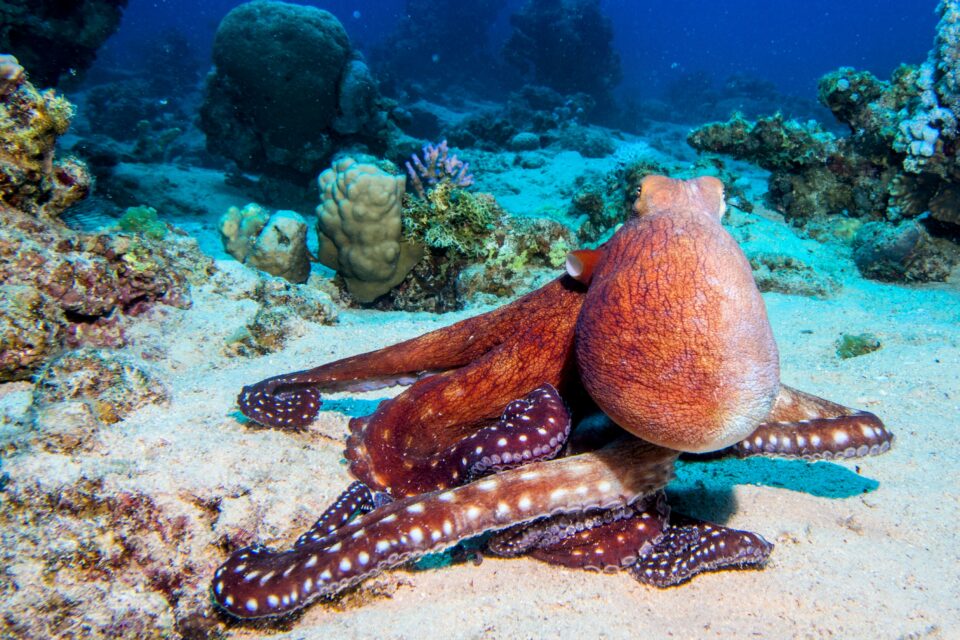 The world’s first octopus farm is set to open in Spain next year. However, this news has been met with dismay by many scientists and conservationists. According to them, since octopuses are intelligent, sentient creatures able to feel pain and a whole range of emotions, they should never be reared for food.

Currently, almost 350,000 tons of octopus are caught and eaten each year. They are considered a delicacy, especially across Asia and the Mediterranean. Since the demand is so high, companies worldwide have spent decades trying to discover the best methods to breed this animal in captivity.

Recently, the Spanish multinational Nueva Pescanova has announced that it will start marketing farmed octopus next summer, and begin selling it in 2023. They estimate that they could produce up to 3,000 tons of octopus per year. However, they did not disclose the conditions in which the animals will be kept, such as the size of the tanks, the food they will eat, and the ways in which they will be killed.

Nueva Pescanova’s announcement was met with strong criticism by a large array of scientists and conservationists, who claim that many studies prove that octopuses are highly intelligent creatures, capable of a wide range of emotional responses, and prone to experience pain and distress if harmed.

They have large and complex brains, and are capable of learning set tasks quickly. They have been observed to use coconut and sea shells to hide and defend themselves, and were often able to escape from aquariums and steal from traps set by people fishing.

“We have an example of an organism that has evolved to have an intelligence that is extremely comparable to ours,” said Dr. Jakob Vinther, an evolutionary biologist at the University of Bristol. “This is potentially how it would look if we were ever going to meet an intelligent alien from a different planet.”

“These animals are amazing,” said Dr. Elena Lara, CIWF’s research messenger. “They are solitary, and very smart. So to put them in barren tanks with no cognitive stimulation, it’s wrong for them.”

Moreover, octopuses appear to be highly territorial, making scientists fear that, if more animals would be kept in the same tank, they might end up killing one another.

“They are extremely complex beings. I think as humans we need to respect that if we want to farm them or eat them,” concluded Dr. Vinther.