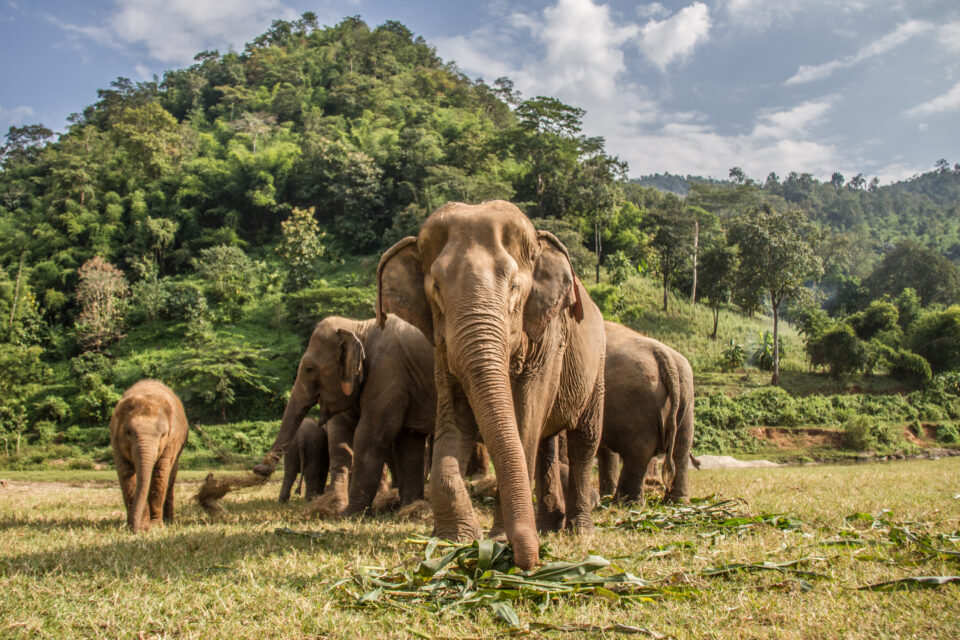 As natural environments become increasingly fragmented, the potential for human-wildlife interaction is increasing. Now, a team of researchers from the University of Tokyo has found that climate change is also likely to significantly contribute to this problem. By using a risk framework that incorporated different possible scenarios, the experts have examined how the risk of human-elephant conflict could change over time in Thailand.

When humans encroach on natural landscapes, the chances of interacting with wildlife increase. Conflicts can arise when wild animals harm crops or livestock, or when human activities damage animal habitats. For instance, forest edges are highly attractive areas for elephants searching for food, which can often bring them into contact with farmers and mature crops.

“In Thailand, half of the country’s population live in rural areas and rely on agriculture,” said study lead author Nuntikorn Kitratporn, a PhD student at the University of Tokyo. “Thailand also has about three to four thousand wild elephants and deforestation and the growth of commercial agriculture have pushed elephants into increasingly fragmented patches of habitat, increasing the chance of interactions between humans and elephants.”

According to Kitraporn and his colleagues, climate change is increasing the chance of human-elephant encounters, as shifting environmental conditions lead to changes in the behavior and distribution of elephants. By using a risk assessment framework, combined with data on the recent spatial distribution of human-elephant conflict (2000-2019) in Thailand, the scientists investigated how these conflicts may develop in the near future (2024-2044), under different scenarios of future climate and socioeconomic conditions.

“We found a spatial shift in risk toward northern areas and higher latitudes,” said Kitratporn. “In other areas, habitat is likely to become less suitable over time, which could first increase and gradually decrease the risk of interactions.” Moreover, the risk of human-elephant conflicts was predicted to increase from increased frequency of droughts.

Better understanding how human-wildlife interactions may change in the future is crucial for long-term planning. “Our results highlight geographically explicit strategies to support long-term planning of conservation resources. Areas with increasing future risk are currently facing low conflict; hence it is recommended that future strategies should enhance adaptive capacity and coexistence awareness. Conversely, areas with lowering future risk from a decrease in habitat quality are recommended to identify buffer strategies around protected areas to support existing large elephant populations,” the authors concluded.