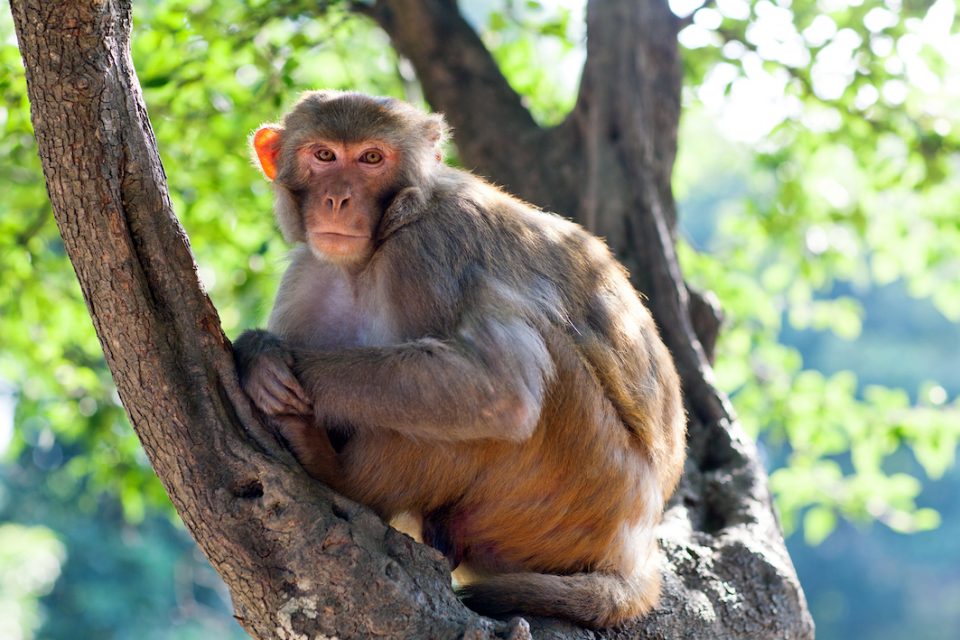 Experts question the morality of creating human-monkey ‘chimeras’. Earlier this year, scientists at the Kunming Institute of Zoology of the Chinese Academy of Sciences announced they had inserted a human gene into embryos that would become rhesus macaques, monkeys that share about 93 percent of their DNA with humans. The research, which was designed to give experts a better understanding of human brain development, has sparked controversy over whether this type of experimentation is ethical.

Some scientists believe that it is time to use human-monkey animals to pursue new insights into the progression of diseases such as Alzheimer’s. These genetically modified monkeys are referred to as chimeras, which are named after a mythical animal that consists of parts taken from various animals.

A resource guide on the science and ethics of chimeras written by Yale University researchers suggests that it is time to “cautiously” explore the creation of human-monkey chimeras.

“The search for a better animal model to stimulate human disease has been a ‘holy grail’ of biomedical research for decades,” the Yale team wrote in Chimera Research: Ethics and Protocols. “Realizing the promise of human-monkey chimera research in an ethically and scientifically appropriate manner will require a coordinated approach.”

A team of experts led by Dr. Douglas Munoz of Queen’s University has been studying the onset of Alzheimer’s disease in monkeys by using injections of beta-amyloid. The accumulation of this protein in the brain is believed to kill nerve cells and initiate the degenerative process.

Even though Dr. Munoz leads his own experiments with monkeys, the prospect of humanizing animal brains is disturbing to him. “To be honest, it just really ethically scares me,” Dr. Munoz told the National Post. “For us to start to manipulate life functions in this kind of way without fully knowing how to turn it off, or stop it if something goes awry really scares me.”

The Yale experts behind the new book, including visiting researcher Dr.Alejandro De Los Angeles, expressed their own concerns about the enhanced capacity for suffering among humanized monkeys. “Whether chimerism in portions of the monkey brain would affect cognition or emotion is unknown,” they wrote.

“The issue is complicated by the fact that no human-monkey chimera can have any chance at life at all, except as a research subject; it may be that, if the chimera has a life that is not too burdensome, there may be fewer objections to its having been created in a lab.”

According to the National Post, the book authors recommend a step-by-step approach to creating human-monkey ‘chimeras’. The creation of monkey-ape chimeras, for example, may provide scientists with an opportunity to ensure such experimentation complies with animal welfare standards.

Bing Su of Kunming, who was involved in the research at the Kunming Institute of Zoology, told NBC in an email that the study was approved by the institute’s ethics board. “In theory and in reality, there is no ‘humanness’ observed in the MCPH1 transgenic monkeys, since only one gene was changed among tens of millions of genetic differences between humans and monkeys,” he said.

However, there are others who argue that the research is not only unethical but is also unnecessary.

“Alzheimer’s disease is a human-specific condition, and genetic engineering and the creation of human-monkey ‘chimeras’ are unethical, curiosity-driven Frankenscience,” Julia Baines of  PETA told MailOnline. “Inserting human genes into the genome of sentient monkeys in a vain attempt to ‘humanize’ them will serve only to intensify animal suffering.”

“To achieve the ultimate goal of curing Alzheimer’s disease – and to alleviate the suffering of millions of patients around the globe – PETA is calling for further funding, development, and use of humane, human-relevant techniques. Such research methods offer real, tangible solutions, not ones based in fantasy.”