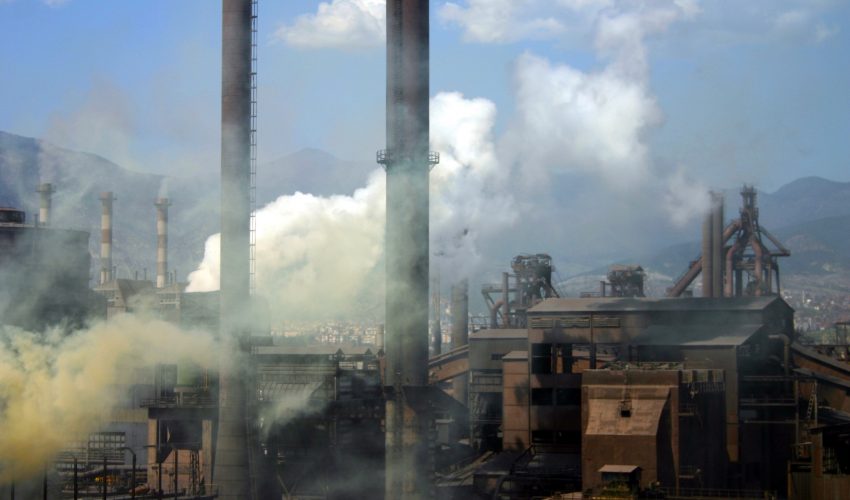 The natural level of lead in the air is essentially zero, contrary to common assumptions, according to a study of historical and ice core data.

The authors challenge assumptions that widespread environmental pollution began with the Industrial Revolution in the 1700s and 1800s.

The research shows that lead from mining and smelting — which has occurred for thousands of years — was detectable well before the Industrial Revolution, and that only when those activities were essentially halted by the plague did lead pollution decline to natural levels.

When the plague swept over Europe in the 14th century, it halted lead smelting and other commercial activities, the Harvard University and University of Maine study said.

The study matched new high-resolution measurements of ice core lead taken from a glacier in the Swiss-Italian Alps with highly detailed historical records showing that lead mining and smelting plummeted to nearly zero during the plague years of 1349 to 1353. Lead was widely used in the preindustrial word in construction, pipes, currency, and everyday utensils, the authors said.

Only once, during the plague pandemic from 1349 to 1353 did lead levels drop dramatically, the researchers found.

The new data show that “human activity has polluted European air almost uninterruptedly for the last [about] 2,000 years,” the study’s authors say. “Only a devastating collapse in population and economic activity caused by pandemic disease reduced atmospheric pollution to what can now more accurately be termed background or natural levels.”

The researchers used a cutting-edge laser facility to analyze ultrathin layers of ice. The facility is designed and operated at the University of Maine’s Climate Change Institute, and can analyze layers thin enough to coincide with sub-annual time periods, even in highly compressed ice.

“This research represents the convergence of two very different disciplines, history and ice core glaciology, that together provide the perspective needed to understand how a toxic substance like lead has varied in the atmosphere and, more importantly, to understand that the true natural level is in fact very close to zero,” said Paul Mayewski, a co-author of the new study and director of the Climate Change Institute.

The researchers focused on lead not only because it is a hazardous pollutant, but also because it serves as a proxy for economic activity, ramping up when the economy is growing and tapering when it declines, said Alexander More, a postdoctoral fellow in Harvard and first author of the study.

“Lead is one of the most dangerous pollutants in the air, and one we’ve mined for a very, very long time,” he said.