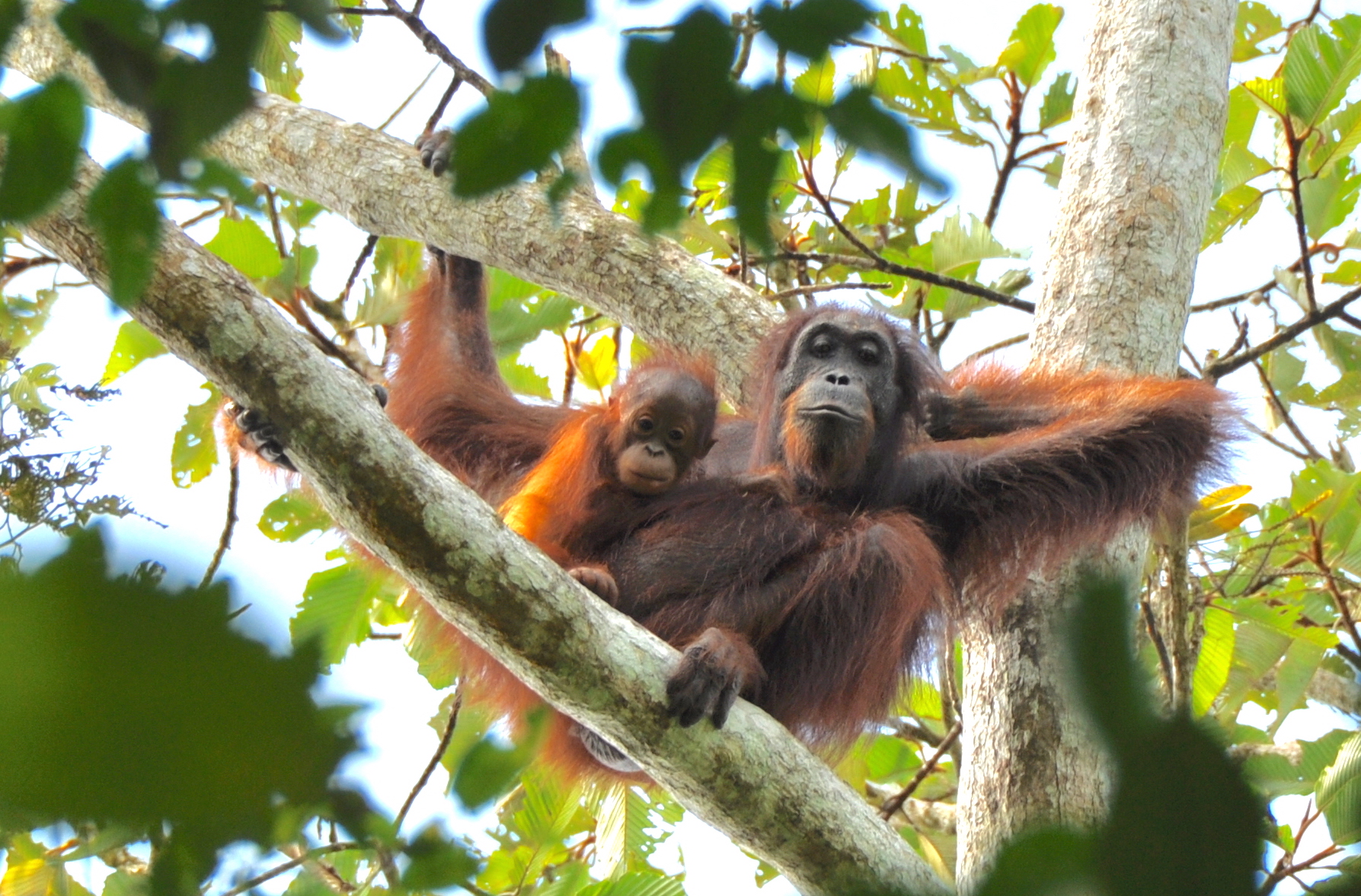 Only found on the islands of Borneo and Sumatra, the orangutan is one of human’s closest living relatives, and has become a symbol for critically endangered species everywhere as their numbers dwindle. But as this symbol of nature’s vulnerability due to human actions, a new study in Science Advances states that this ideation of the orangutan overlooks how human actions have fundamentally shaped the orangutan over thousands of years, and impacted conservation efforts in the process.

“It was often assumed that environmental factors like fruit availability were primarily responsible for most features of modern-day orangutans, such as the fact that they usually live at low densities and have a restricted geographic distribution,” says Stephanie Spehar, an associate professor of anthropology at the University of Wisconsin Oshkosh. “However, the orangutan that existed before modern humans arrived in Southeast Asia 70,000 years ago may have been quite different. Our synthesis of fossil, archeological, genetic and behavioral evidence indicates that long-term interactions with humans shaped orangutans in some pretty profound ways.”

In their study, researchers found that orangutans used to be much more abundant and widespread, as orangutan teeth are among the most common animal remains found in China, Thailand, and Vietnam. The species appears to have survived many environmental changes, and potentially lived in a wider range of environments than the modern orangutan we know today.

It also appears that when the orangutan population was significantly reduced roughly 20,000 years ago, the reduction was closely linked to indicators of human impact. Specifically, humans had now developed projectile weapons that made hunting tree-dwelling prey much easier. “It suggests that Paleolithic humans were probably hunting orangutans regularly – and as orangutans reproduce very slowly, it doesn’t take much to put a dent in their populations,” says Spehar.

Given that orangutans are only found on two islands nowadays, it is likely that the ecology and behavior of the species is a result of adaptation to environmental factors and long-term human pressures – especially hunting. And recent behavioral studies suggest that the species’ adaptability could be greater than previously thought. “For example, we always thought that orangutans were mostly arboreal, but when we started putting camera traps in the forest, it turned out that they also walk extensively on the ground in some areas,” says Erik Meijaard, co-director of NGO Borneo Futures and co-author of the paper.

Further research looking into orangutan survivability in heavily human-impacted habitat (i.e. oil palm and forestry plantations) shows that the species is able to adjust their behavior to survive in these areas. “These insights are important, because they show us how even well-studied species can be misunderstood due to our preconceptions,” says Douglas Sheil, a tropical ecologist at the Norwegian University of Life Science and co-author of the paper. “This also is a crucial realization for orangutan conservation. If we had known sooner that orangutans survive in selectively logged forests, we could have developed conservation strategies that incorporate these habitats much earlier. This could have saved many thousands of orangutans.”

Luckily, this research shows that orangutans are able to survive in a much larger area of this landscape than once thought. Given that there are only 800 individuals left in fragmented forest areas, it’s important that this new knowledge be applied as soon as possible. The authors of the study are asking for a multifaceted approach to orangutan conservation, which would reduce hunting and increase habitat quality and connectivity in human-dominated areas. This approach would require developing appropriate policies, as well as enforcing existing laws and promoting cooperation amongst the people who can influence the lives of these apes.

“This offers hope,” says March Ancrenaz, director of French NGO Hutan and coauthor on the paper. “If we humans manage things correctly, there can be room for the orangutan in the Anthropocene.”