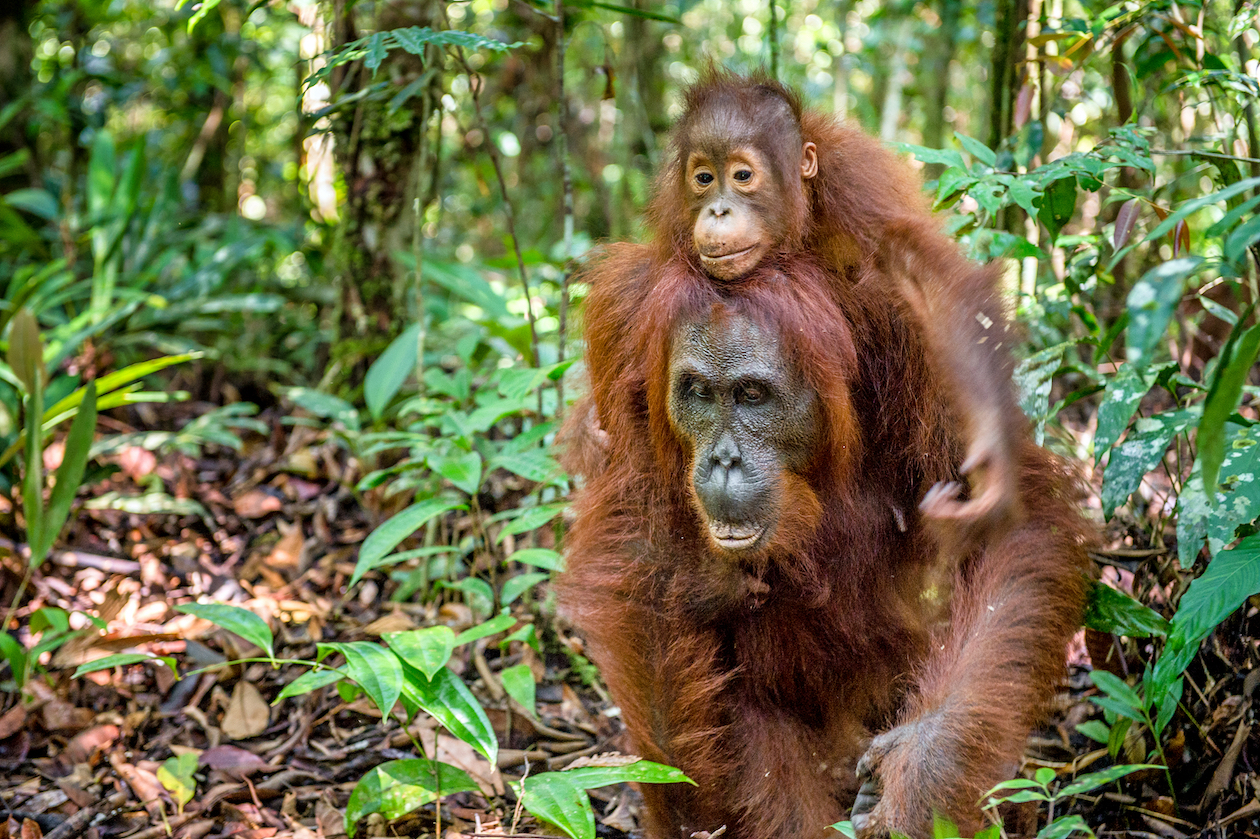 An international team of researchers has found that nearly 150,000 orangutans disappeared in Borneo between 1999 and 2015. The study revealed that orangutans vanished as result of habitat loss from deforestation, but were also killed in direct human conflict.

The most dramatic rates of population decline were found in areas where land had been cleared for logging, oil palm production, mining, and paper production.

However, the experts noted that a larger number of orangutans were missing from unimpaired regions of forest, which indicates that hunting remains a major threat to the species.

Maria Voigt is a researcher at the Max Planck Institute for Evolutionary Anthropology who co-authored the study with colleagues representing 39 international institutions.

“The decline in population density was most severe in areas that were deforested or transformed for industrial agriculture, as orangutans struggle to live outside forest areas,” said Voigt. “Worryingly, however, the largest number of orangutans were lost from areas that remained forested during the study period. This implies a large role of killing.”

The team used data from field surveys that had been conducted over the 16-year study period, and calculated the size of the island’s population based on the number of orangutan nests observed. The experts established a total of 36,555 nests and estimated a loss of 148,500 orangutans, which is about half of the overall population.

The researchers also determined that only 38 of the 64 orangutan metapopulations now include more than 100 individuals, which is the lowest limit considered to be viable. The team used maps of land-cover change to investigate the causes of declining orangutan populations.

A comparison of orangutan and habitat losses showed that land clearance caused the most dramatic rates of decline. On the other hand, a much larger number of orangutans were lost in selectively logged and primary forests.

The researchers explained that the rates of decline were not as severe in the more intact regions of forest because far more orangutans can be found in these areas. The experts predict that at least 45,000 more orangutans will be lost over the next 35 years.

“Orangutans are flexible and can survive to some extent in a mosaic of forests, plantations, and logged forest, but only when they are not killed,” said co-author Verge Wich.

“So, in addition to protection of forests, we need to focus on addressing the underlying causes of orangutan killing. The latter requires public awareness and education, more effective law enforcement, and also more studies as to why people kill orangutans in the first place.”

The study is published in Current Biology.