Humans (and chimps) are genetically inclined to turn to war • Earth.com 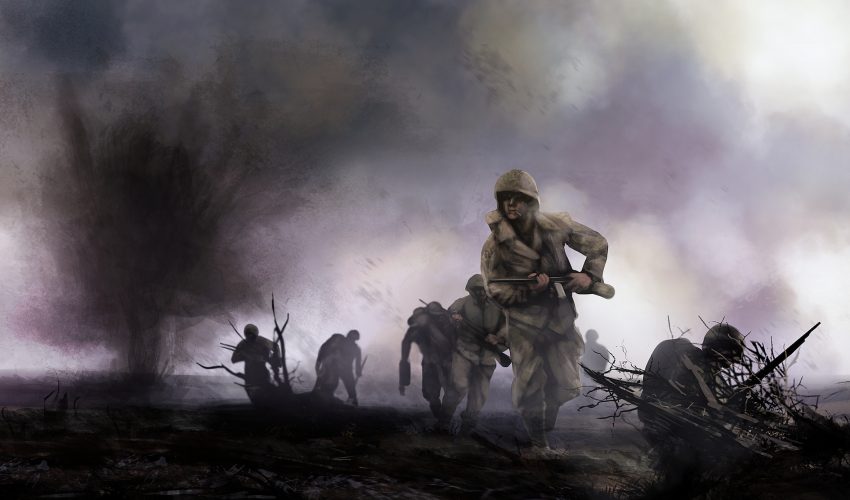 Humans (and chimps) are genetically inclined to turn to war

Chimpanzees are the only primates known to frequently engage in warfare – other than humans, of course. Knowing this connection of inter-species aggression that humans and chimpanzees share, researchers postulated that the fight-or-flight response probably played a significant role in helping us primates adapt to the threat of warfare during our evolution.

In a recent study published in PLOS Genetics, researchers looked for changes in the regulation of the ADRA2C gene, which affects the sympathetic nervous system, which in turn regulates the fight-or-flight response. Jung Kyoon Choi of KAIST in Korea and Soojin Yi of Georgia Tech analyzed genomes, transcriptomes, and epigenomes from multiple humans, chimpanzees, and other primates. Transcriptomes are the entire set of genes expressed in a cell, while epigenomes are made up of a variety of compounds that can bind to DNA and affect gene expression.

Their results showed that humans and chimpanzees acquired genetic and epigenetic changes that reduce ADRA2C expression, which results in increased signaling for the fight-or-flight response. However, these changes are not present in macaques and are not consistently found in bonobos. This suggests that the genetic variations recently spread in the population may have occurred in response to threats of war, as these variations are only universal in humans and chimpanzees.

The researchers also used the genome-editing technique known as CRISPR/Cas9 in order to show that reverting to the genetic states of macaques and bonobos can restore ADRA2C expression. Knocking out expression of this gene in mice has a significant effect on fight-or-flight, and changes in the gene that happened over time during chicken domestication likely resulted in less aggressive chickens.

So what do these findings mean? The authors believe that the signatures of adaptations linked to reduced ADRA2C expression in both chimps and humans may have significantly influenced their evolution, and may even have played a major role in the roots of human warfare.