Humans have a major influence on the global water cycle • Earth.com 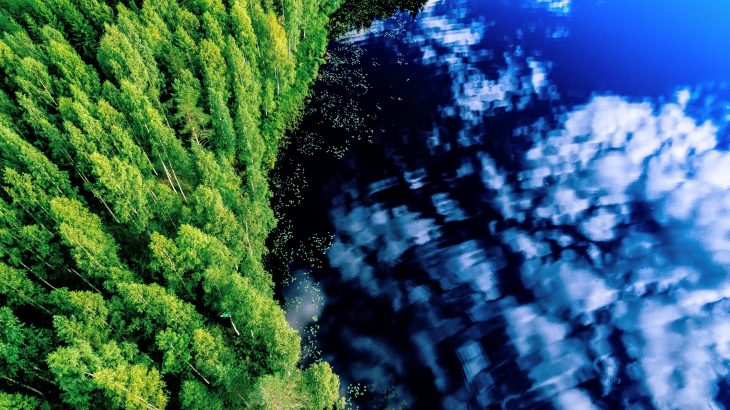 A new study from Brown University reveals the enormous impact that humans have on the global water cycle. The researchers found that even though human-managed reservoirs make up only a small percentage of Earth’s water bodies, these reservoirs account for 57 percent of the seasonal variability in water levels.

“We tend to think of the water cycle as a purely natural system: Rain and snowmelt run into rivers, which run to the ocean where evaporation starts the whole cycle again,” said study lead author Sarah Cooley. “But humans are actually intervening substantially in that cycle. Our work demonstrates that humans are responsible for a majority of the seasonal surface water storage variability on Earth.”

The study was focused on data from NASA’s Ice, Cloud and Land Elevation Satellite (ICESat-2). The primary goal of the ICESat-2 mission is to track changes in the thickness and elevation of ice sheets around the world. The measurements are obtained using a laser altimeter, and elevation is calculated to an accuracy of 25 millimeters.

Cooley has been using satellite data to study water levels in Arctic lakes. With this new study, she wanted to use ICESat-2 data to examine lake levels across the planet.

Cooley said that ICESat-2’s laser altimeter has far greater resolution than instruments used to measure water levels in the past, which made it possible to gather a large, precise dataset that included small ponds and reservoirs.

“With older satellites, you have to average results over a large area, which limits observations to only the world’s largest lakes,” explained Cooley. “ICESat has a small footprint, so we can get levels for small lakes that we couldn’t get close to before. That was important for understanding global water dynamics, since most lakes and reservoirs are pretty small.”

The satellite measured seasonal water levels in more than 227,000 lakes, ponds, and reservoirs from October 2018 to July 2020. The water bodies ranged in size from the Great Lakes to ponds with areas less than one tenth of a square mile.

The study revealed that while natural lakes and ponds varied seasonally by an average of .22 meters, human-managed reservoirs varied by .86 meters. This means that, when compared to natural lakes, reservoirs account for 57 percent of the total variation in water levels.

Human influence on water storage was even stronger in arid regions like the Middle East, American West, India, and Southern Africa, where seasonal variability attributed to human activity exceeds 90 percent.

“Of all the volume changes in freshwater bodies around the planet – all the floods, droughts and snowmelt that push lake levels up and down   humans have commandeered almost 60% of that variability,” said study co-author Professor Laurence Smith. “That’s a tremendous influence on the water cycle. In terms of human impact on the planet, this is right up there with impacts on land cover and atmospheric chemistry.”

According to the researchers, their study provides a critical baseline for tracking the global water cycle as climate change and population growth put new stresses on freshwater resources.

“I think within the next three years we are going to see an explosion of high-quality satellite hydrology data, and we’re going to have a much better idea of what’s going on with water all over the planet,” said Professor Smith. “That will have implications for security, trans-boundary water agreements, forecasting crop futures and more. We’re right on the edge of a new understanding of our planet’s hydrology.”