Humans may have inherited a love of alcohol from monkeys • Earth.com 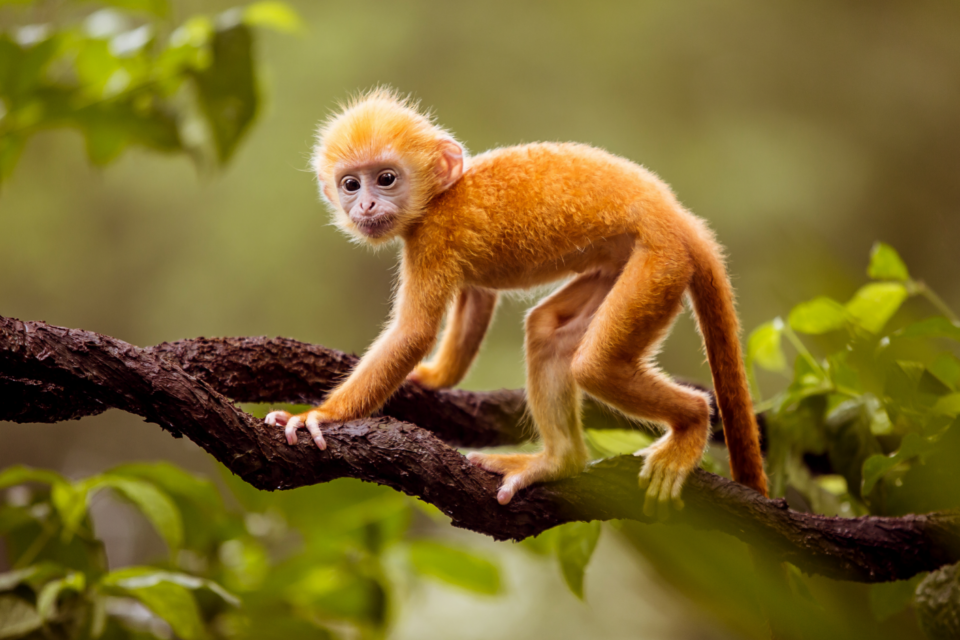 Humans may have inherited a love of alcohol from monkeys

In 2014 Robert Dudley, a professor of Integrative Biology at the University of California, Berkeley wrote a famous book proposing the so-called “drunken monkey” hypothesis of how humans’ attraction to alcohol emerged and evolved. According to Dudley, our love of alcohol arose millions of years ago, when our ape and monkey ancestors discovered that the scent of alcohol led them to ripe, fermenting, and highly nutritious fruits. A new study, in which Professor Dudley collaborated with primatologists from California State University, Northridge (CSUN), provides further evidence that this hypothesis may be true.

The researchers collected fruit eaten and discarded by black-handed spider monkeys (Ateles geoffroyi) in Panama and found that the alcohol concentration in the fruit was typically between one and two percent by volume – a by-product of natural fermentation caused by yeasts that consume the sugars from ripening fruits. Moreover, the scientists also collected urine from these free-ranging monkeys and discovered that it contained secondary metabolites of alcohol, suggesting that the animals were actually using the alcohol for energy.

“For the first time, we have been able to show, without a shadow of a doubt, that wild primates, with no human interference, consume fruit-containing ethanol,” said study lead author Christina Campbell, a professor of Anthropology at CSUN. “This is just one study, and more need to be done, but it looks like there may be some truth to that ‘drunken monkey’ hypothesis – that the proclivity of humans to consume alcohol stems from a deep-rooted affinity of frugivorous (fruit-eating) primates for naturally-occurring ethanol within ripe fruit.”

“The study is a direct test of the drunken monkey hypothesis,” added Professor Dudley. “Part one, there is ethanol in the food they’re eating, and they’re eating a lot of fruit. Then, part two, they’re actually metabolizing alcohol – secondary metabolites, ethyl glucuronide, and ethyl sulfate are coming out in the urine. What we don’t know is how much of it they’re eating and what the effects are behaviorally and physiologically. But it’s confirmatory.”

According to Dudley and his colleagues, the monkeys consume fermented fruits for the calories, and probably do not feel much the inebriating effects of alcohol that humans appreciate. This need for highly caloric intake may similarly have influenced human ancestors’ decisions in choosing which fruits to eat. This idea that humans’ natural affinity for alcohol is inherited from our primate ancestors could help society better understand and deal with the adverse consequences of alcohol abuse.

“Excessive consumption of alcohol, as with diabetes and obesity, can then be viewed conceptually as a disease of nutritional excess,” concluded Campbell.