Hunting habits of fringe-lipped bats revealed in their poop • Earth.com 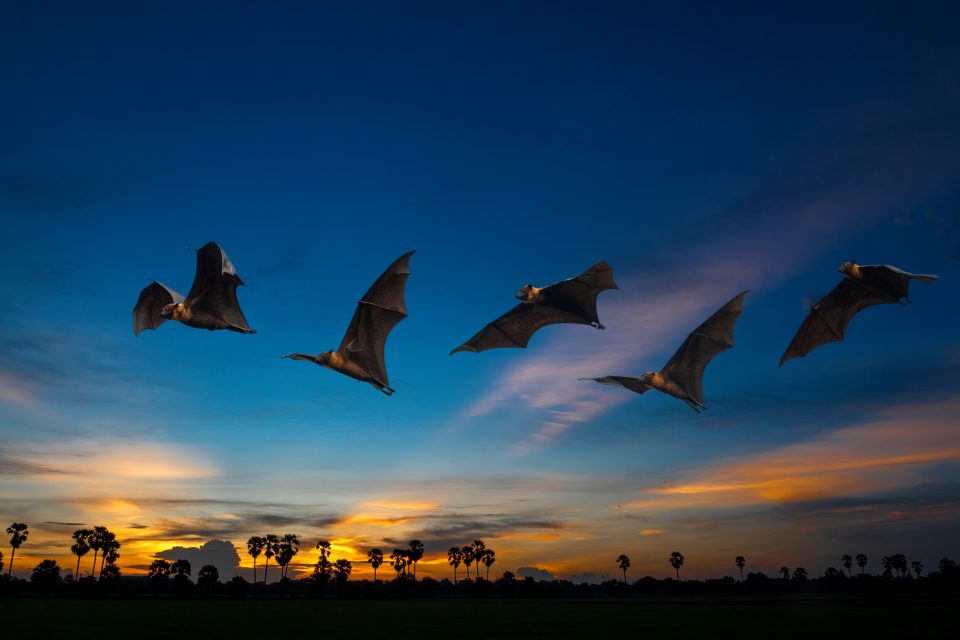 Scientists at the Smithsonian Tropical Research Institute (STRI) are exposing secrets about the late-night foraging habits of fringe-lipped bats based on the DNA contents of their poop. The researchers also discovered that fringe-lipped bats can locate a frog or lizard to feed on even when it is completely motionless and silent.

The DNA stored in bat guano provides clues about how bats feed in the wild. By identifying their prey, experts can also investigate how bats change their behavior depending on their eating habits.

“Because bats forage at night, and in the dense forest, you can’t observe what they are eating the way you can with a diurnal bird or mammal,” said study lead author Professor Patricia Jones. “It feels so momentous, therefore, to have a glimpse into the diet of this species that we thought we knew so much about, to discover they are eating prey we had no idea were part of their diet.”

The fringe-lipped bat is well-suited for hunting frogs, with salivary glands that neutralize the toxins of poisonous prey and hearing that is adapted to the low-frequency mating calls. The bats are also known to feed on insects, small reptiles, and other bats.

The analysis of DNA collected from bat poop samples showed that it mostly belonged to frogs and lizards. Some of the DNA was traced to other bats, and even to one hummingbird.

In a separate experiment, the scientists exposed wild-caught fringe-lipped bats to recordings of prey sounds and stationary prey models. The bats were able to detect silent, motionless prey, as well as prey that made noise. The findings suggest that the fringe-lipped bat has more advanced echolocation skills than what was previously thought.

“This is interesting because we didn’t know that these bats were able to detect silent, still prey,” said study co-author May Dixon. “Detecting silent, still prey in the cluttered jungle is thought to be a really hard task for echolocation. This is because when the bats echolocate in the jungle, the echoes of all the leaves and branches bounce back along with the echoes of their prey, and they ‘mask’ the prey.”

The findings suggest that bats in the tropics are nocturnal predators of birds and other sleeping animals. Among the common prey of the fringe-lipped bat, or Trachops cirrhosus, were also some unexpected frog species.

“We found T. cirrhosus were often eating frogs in the genus Pristimantis,” said Professor Jones. “I think this will open new avenues of research with T. cirrhosus, because Pristimantis call from the canopy and their calls are hard to localize, so if T. cirrhosus are consuming them it means that they are foraging differently than we understood before.”

The combination of dietary DNA analysis and behavioral experiment used for the study may be applied to understand the foraging behaviors of a wide range of animal species.

“It’s really exciting to see the doors that open when animal behavior is combined with metabarcoding,” said STRI staff scientist Rachel Page. “Even though we have studied Trachops intensely for decades, we actually know very little about its behavior in the wild. It was completely surprising to see prey items show up in the diet that we never anticipated, such as frog species whose mating calls seemed to lack acoustic parameters helpful for localization and, more surprising, prey that it seems the bats must have detected by echolocation alone, like hummingbirds.”

“This work makes us rethink the sensory mechanisms underlying this bat’s foraging behavior, and it opens all kinds of new doors for future questions.”