The net of life: Hybridization and evolution • Earth.com 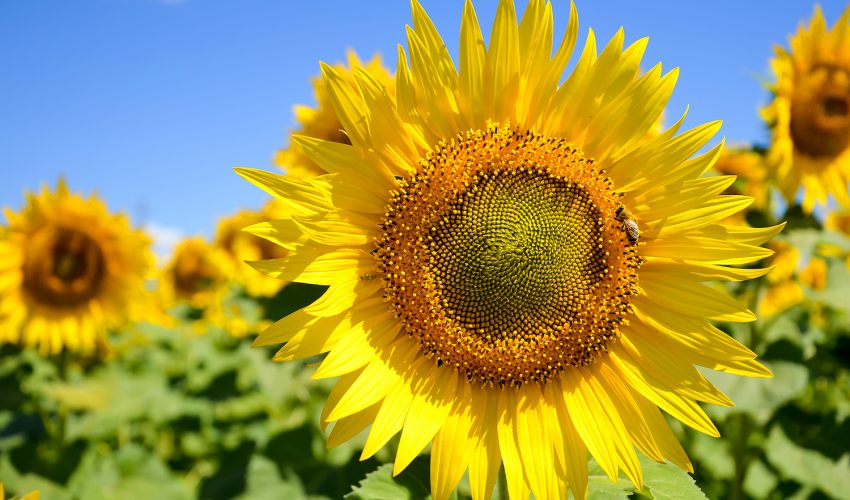 The net of life: Hybridization and evolution

The evolution of life on Earth is classically envisioned as a tree.

In this model, species diverge from their parent organisms and head off on their own paths, never to fraternize with their progenitors, or any of their other offshoots, again. This calcified and rigid view of the evolutionary process became dogma in the works of scientists such as Ernst Mayer. In the 1940s, Mayer argued that the definition of a species rested on its inability to breed successfully with other species and that hybridization was usually an accidental and evolutionarily useless event. Nonetheless, the notion that hybridization plays a role in evolutionary processes has been the subject of speculation for ages—it was worthy of a chapter in Charles Darwin’s On the Origin of Species.

A large body of research now supports the notion that not only does hybridization play a significant role in evolution, but in some cases it may serve as a primary driver of the process. Hybridization is thought to occur in 25% of plants and 6-12% of animals worldwide per a 2006 study. Remarkably, in some environments, hybrid tendencies are even more prevalent. Some 25% of all plant species in Great Britain hybridize with at least one other species and 75% of British ducks are known to mate with other species of duck. (British ducks aren’t the only ones who step out on their conspecifics; they’re notoriously promiscuous worldwide.)

Though on a short timescale, cross-specific, or introgressive, mating is somewhat rare, on a longer timescale it has been shown to be quite common. And even though only a few individuals in a population may mate outside the population, the genetic transfer can have major effects down the line if the genes from the other species provide adaptive benefits to the species as a whole. This suggests that life is best envisioned as reticulated rather than terminally branching. That is: it is a net or web rather than a tree. Branches diverge and then converge again, as in the delicate fretwork of a lichen or bryozoan.

This process is most visible and perhaps most important during disruptive events, such as the formation of islands and lakes, where enormous stretches of ecosystem are uncolonized. So, too, when overlapping species hybridize at the edge of their respective ranges, novel gene combinations allow adaptive radiation into new territories, often quite rapidly.

A 2003 study on sunflowers in the southern United States demonstrated that the harshest habitats were occupied mainly by ancient hybrids of sunflowers that occurred at the edges of differing ecosystems. While the parent species were unable to grow in salt marshes or dry sandy deserts, the new gene combinations in the hybrids allowed them to radiate into these difficult environments.

Most British dog roses have been found to have hybrid origin due to the presence of tetraploid eggs and haploid pollen, which indicate separate parent species early in their lineage. This has also happened with cichlids in Lake Malawi and Lake Tanganyika and with sculpins in Lake Baikal. The few initial species radiated into hundreds, assisted by frequent backcrosses to parent and related species.

Interestingly, this still happens. A 2004 study found that a hybrid between a species of cichlid from one end of Lake Malawi introduced to the other end hybridized with a species native to the area. The hybrids colonized the perimeter of an entire island. Even Darwin’s finches, which are thought to have diverged perhaps 2-3 million years ago in response to their sui generis island home, are thought to have developed partially through hybridization at the overlap zones between the various species. And hybridization continues to happen in the Galapagos to this day.

Newer disruptions may also cause hybrid events. Species of butterfly fish around Christmas Island were found to hybridize with formerly allopatric, or geographically separated species brought into contact by changing temperatures and currents.

One of the more sensational instances of recent hybrid evolution has happened within the last 90 years in the United States and Canada. Coyotes, once mostly restricted to the Great Plains, moved up through Canada, where they hybridized with wolves, and then colonized the eastern seaboard, where native wolves were largely extirpated. The “eastern coyote” is actually a hybrid between wolves and coyotes. This is evidenced both in its morphology, which is intermediate between coyotes and wolves, and in its behavior. The eastern coyote hunts in packs like wolves and takes down large prey such as deer, unlike the western coyote, which is largely solitary and hunts small mammals and birds. Though larger than the western coyote, it is smaller than a wolf. Sexual dimorphism is also more wolf-like in the eastern coyote; western coyotes are not nearly as sexually dimorphic. The eastern coyote filled the niche abandoned by wolves on the east coast when they were eliminated from the area early in the 19th century. The rapid occupation of abandoned niches like this is known as hybrid swarming.

The phenomenon of hybrid evolution has major implications for humans as well. Some of our food species have evolved through hybrid evolution, notably in certain varieties of cacao. And other species of economic important have hybrid origins as well, notably tobacco. And we’ve caused hybrid evolution ourselves through the introduction of non-native species that may hybridize with natives and take over entire ecosystems, and through climate change, which has brought previously allopatric species back into contact. The so-called pizzly, a hybrid between a grizzly bear and a polar pear, is a great example. Polar bears evolved from grizzly bears. While once separated by their ecological niches, warming climates have brought polar bears further south and grizzlies further north. Due to their remaining genetic similarities, they are still able to breed.

We as a species have hybrid origins as well. Homo sapiens is known to have interbred with two other supposedly distinct species, Neanderthals and the Denisovans. This is mirrored in the behavior of other primates, which often interbreed at so-called hybrid zones. Studies of these zones and their hybrid products are invaluable in analyzing possible hominid hybrids in the fossil record. Because fossil bones may not be useful in genetic analysis, morphological characteristics become important in discerning possible hybrids. Hybrid zones between the various species of baboon have proven useful in this regard. They have shown that even in cases of hybridization, morphology may or may not be a useful indicator. Sometimes, hybrids favor one parent or the other.

Genetic studies have determined definitively that modern day humans express genes from both Neanderthals and Denisovans. So, ponder this: what is a human? Amd what is a species?