Hydropower may be doing more social and environmental harm than good • Earth.com 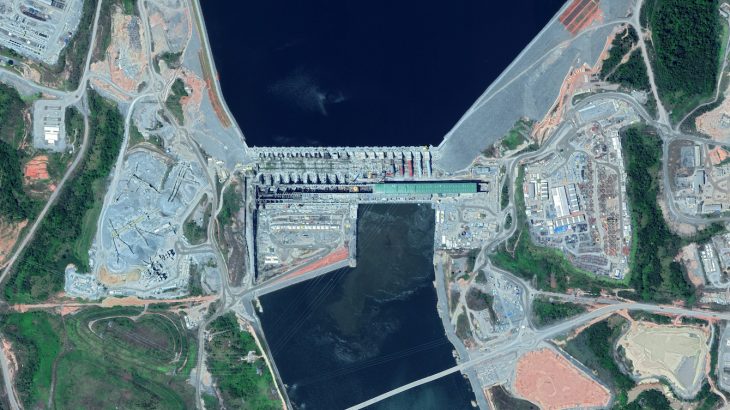 Hydropower may be doing more social and environmental harm than good

New information from researchers at Michigan State University enlightens the public to the negative effects of massive hydropower developments like dams.

Deforestation, loss of biodiversity, and the displacement of thousands of citizens is happening in countries like Brazil, where hydropower is still being put into place, and on an enormous scale. What’s more is that countries where dams are still being built are ignoring the environmental impact and impending climate change, which will ultimately lead to less water being available for electricity storage and generation.

The Michigan State research team was led by Emilio Moran, a visiting professor at the University of Campinas (UNICAMP) in São Paulo State, Brazil, and the principal investigator of a São Paulo Research Foundation (FAPESP) dam research project, which pertains to the new Belo Monte dam in Altamira, Pará.

“We argue that if the construction of large dams in developing countries is to continue, it must always be preceded by a painstaking assessment of their real cost, including the environmental and social impact they have,” Moran stated via the study, published in Proceedings of the National Academy of Sciences of the United States of America (PNAS).

As of 2016, hydropower is the leading source of renewable energy worldwide, accounting for 71% of all renewable energy. However, many dams that were built in North America and Europe throughout the 20th century have since been dismantled — an incredibly costly endeavor. Dismantling should also be taken into account when new dams are being built, Moran argued.

These 20th century dams were also constructed for societal benefit — they provided water to rural areas. Modern dams are built to supply energy to large corporations like steel-making companies, and offer nothing for the community.

“The people affected by these projects reap no benefits, such as access to electricity or a cheaper power supply. In the case of Belo Monte, the transmission line passes over the heads of the people affected and takes the electricity generated straight to the south and southeast, two of Brazil’s wealthiest regions,” Moran said.

The development of these modern dams has actually increased electricity bills within the communities surrounding them, and construction jobs offered to locals disappeared within five years of the dams being built. According to Moran, “Belo Monte has been chaotic and has affected the lives of the inhabitants so profoundly that plans to build more large dams in the Amazon basin are being revisited.”

Hydropower developments are also detrimental to native fish species. The decrease of fish populations in regions like the Amazon basin has impacted global fish diversity as well as fishing communities, where, in some areas like those around the Tucuruí dam, the fish catch fell 60% immediately after the dam was built.

Furthermore, these modern dams are no match for impending climate change, Moran warned. They will end up only producing a fraction of the energy they were designed to generate as temperatures rise and Amazon rainfall decreases in the coming years.

“Depending on water as the main source of power in a future when we’ll have less of this natural resource looks like an unreliable strategy,” Moran said. “To reduce its vulnerability with regard to energy in the context of global climate change, Brazil must diversify its energy mix. It’s still too dependent on hydroelectricity. It needs to invest more in other renewable sources, such as solar, biomass and wind.”

Rather than continue on the path of dams, the researchers suggest countries like Brazil look into submerged or in-stream turbine technology, also known as “zero head,” for which no damming is required. This technology can better riverine communities and is much cheaper than building a dam.

“This technology could be used throughout Brazil wherever there are relatively small watercourses with discharge rates in excess of 1 cubic meter per second,” Moran added. “Small turbines can also be installed near dams to supplement power generation and eliminate the need to build more dams.”