Hypoxia is a serious problem in rivers worldwide • Earth.com 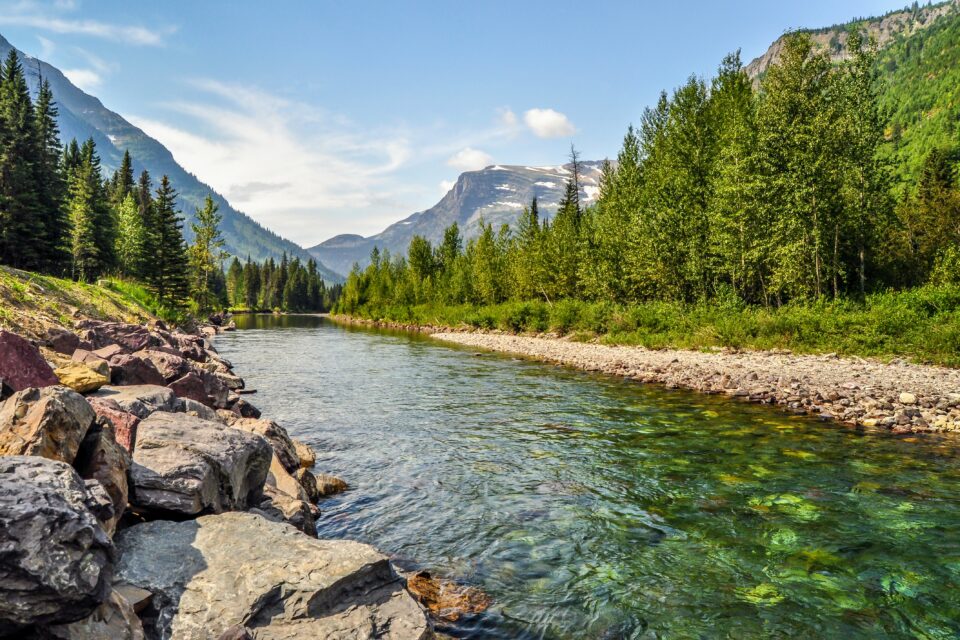 Living organisms need oxygen in order to respire, which involves converting stored chemical energy into useful forms such as heat and kinetic energy. They require this energy in order to move, grow, reproduce and carry out all their daily activities. Plants produce oxygen via the process of photosynthesis, but animals have to take it in from the air or water in which they live.

Oxygen is not very soluble in water and it diffuses slowly through this medium. This means that aquatic ecosystems are particularly vulnerable to low oxygen conditions, known as hypoxia. If levels of dissolved oxygen (DO) are too low, aquatic organisms are affected. Fish and other aquatic species may die, altering the food chains and community structure in the ecosystem.

Although a lot of research on hypoxia (the depletion of DO below levels known to be harmful to fish and other aquatic aerobic life) has been conducted in lakes, as well as in coastal and marine ecosystems, not much is known about the prevalence of hypoxia in rivers or streams. Overall, it was thought to be a rather rare occurrence when rivers or streams experienced hypoxia, but little research has been done. Oxygen levels are usually related to the photosynthetic activity of plants, and the flow of water; moving water carries more oxygen than water that stands still.

Until now, the prevalence and dynamics of hypoxia outbreaks in inland rivers and streams has not been known. A new study led by Professor Joanna Blaszczak from the University of Nevada, Reno shows hypoxia is not a rare event in the world’s rivers and streams at all. On the contrary, it is far more common than was once thought.

The team of researchers used data from published reports to assess the distribution, frequency, and global extent of riverine hypoxia using 118,369,376 paired DO and water temperature measurements from 125,158 unique locations in 93 countries and territories across six continents. The data spans over 100 years from 1900 to 2018.

The report, published in the journal Limnology and Oceanography Letters, defines hypoxia as having an oxygen concentration of less than 2 milligrams per liter of water. According to the findings, hypoxia was recorded in rivers and streams in 53 countries, with 12.6 percent of all locations in the study exhibiting at least one hypoxic measurement over the study period.

Professor Blaszczak explained that, in the past, DO readings were taken manually with a hand-held probe. However, advances in measuring hypoxia over the past 15 years, using field-deployable dissolved oxygen sensor technology, have enabled researchers to measure oxygen levels constantly, and far more accurately. The team found that oxygen levels are higher during the day than at night, because photosynthesis takes place during the hours of daylight, enriching the water with oxygen.

“Photosynthesis by algae produces oxygen that is released into the water column,” explained Professor Blaszczak. “So, you’re not getting a true picture of hypoxia occurrence if you only measure during the day. Hypoxic conditions are much more likely to develop in the early morning hours, after the lack of photosynthesis all night. The newer technology allows for us to capture that data.”

The data showed that that hypoxia in rivers was most present in warmer, smaller and lower-gradient, stiller waters, where oxygen isn’t being “stirred” into the water from turbulence. Blaszczak says the research found these conditions occur most often in rivers that drain naturally occurring wetlands, as well as in rivers draining some urban areas, where human actions have created hypoxic conditions.

“We as people managing waters often influence these conditions – by extracting water, building dams and increasing the amount of organic matter released into rivers, for example,” said Professor Blaszczak. “We can set up these conditions of very low flows. Rivers surrounded by wetlands and urban areas had about the same probability of hypoxia occurrence. That shows that while it can occur naturally, we also can create these conditions that are conducive to hypoxia.”

The widespread, short-term occurrence of hypoxia in rivers across the globe was concerning to the researchers. Not only does low oxygen concentration threaten the lives of aquatic organisms, but it also stimulates the release of methane and nitrous oxide, both of them greenhouse gases that contribute to global warming and climate change.

“There’s just nothing good about hypoxia in rivers or other bodies of water,” said Professor Blaszczak. “We can’t eliminate it completely, but we can certainly do a better job of monitoring it and take actions to prevent it, rather than to stimulate it.”

The dataset on river and stream hypoxia across the globe will help researchers to monitor the changes in future. Blaszczak says that, looking at data from 1950 to 2018, there does not seem to have been an overall global increase in hypoxic conditions in rivers. This is a positive finding, even though there are some locations, such as in the U.S. state of Florida, where the presence of hypoxia has become far more extreme.

She embarked on leading the study after attending a workshop in September 2018, held in Switzerland and convened by Jim Heffernan and Tom Battin from Duke University. The workshop aimed to advance the global understanding of the dynamics of hypoxia in rivers and streams and was supported by the Swiss National Science Foundation and the U.S. National Science Foundation.

Professor Blaszczak suggests that more monitoring with the newer technology is key to mitigating the harmful effects of hypoxia in rivers in future.

“We need to further develop our capacity to identify when and where rivers are vulnerable to the development of hypoxic conditions, so that we can guide river management in the face of continuing climate and land-use change. Supporting ongoing monitoring and expanding monitoring to regions where data is sparse is essential.”