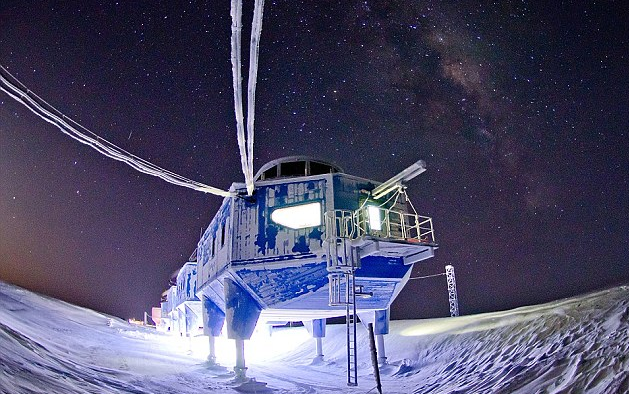 As the ice crack grows, scientists hurry to move their lab

Imagine doing work on a research station that’s in the Antarctic and situated on top of the ice. Now imagine that your team discovers a large, growing ice crack. And then they discover a second one.

That’s exactly what happened at the Halley VI Research Station this winter. Home to the British Antarctic Survey, the research station is the location where scientists first discovered the hole in the ozone layer. It does research on climate change, extreme space weather events, and various atmospheric phenomena.

Scientists were aware of the first fissure and knew that a move was inevitable. It has laid dormant for over 30 years and began opening in 2012. By the next year, the pace had accelerated and the fissure began expanding at an incredible one mile per year.

The discovery of the second fissure has sped up the moving process. It poses an immediate concern because it has appeared along a route that’s often used to deliver supplies to the base. Scientists are now working to move the research station 14 miles across the Brunt Ice Shelf. If the station stays put, it could slide into a vast chasm in the ice by 2020.

Although there is currently no risk posed to people working at the station, scientists shut it down out of an abundance of precaution. (An excellent idea when working around ice chasms.) They’ll remove all of the people stationed there before the Antarctic winter ends. It runs from March to November.

Thankfully, the Halley VI Research station was meant to be mobile. It can be broken into eight modules and moved with tractors. Director of Operations Tim Stockings says that it was created this way so that it could be moved inland if the need arose. 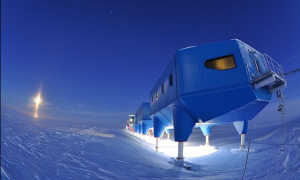 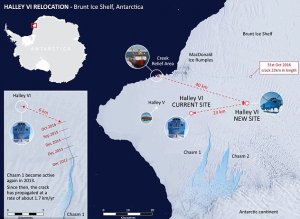 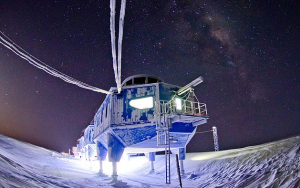