Fossil revealed to belong to one of the largest animals ever • Earth.com 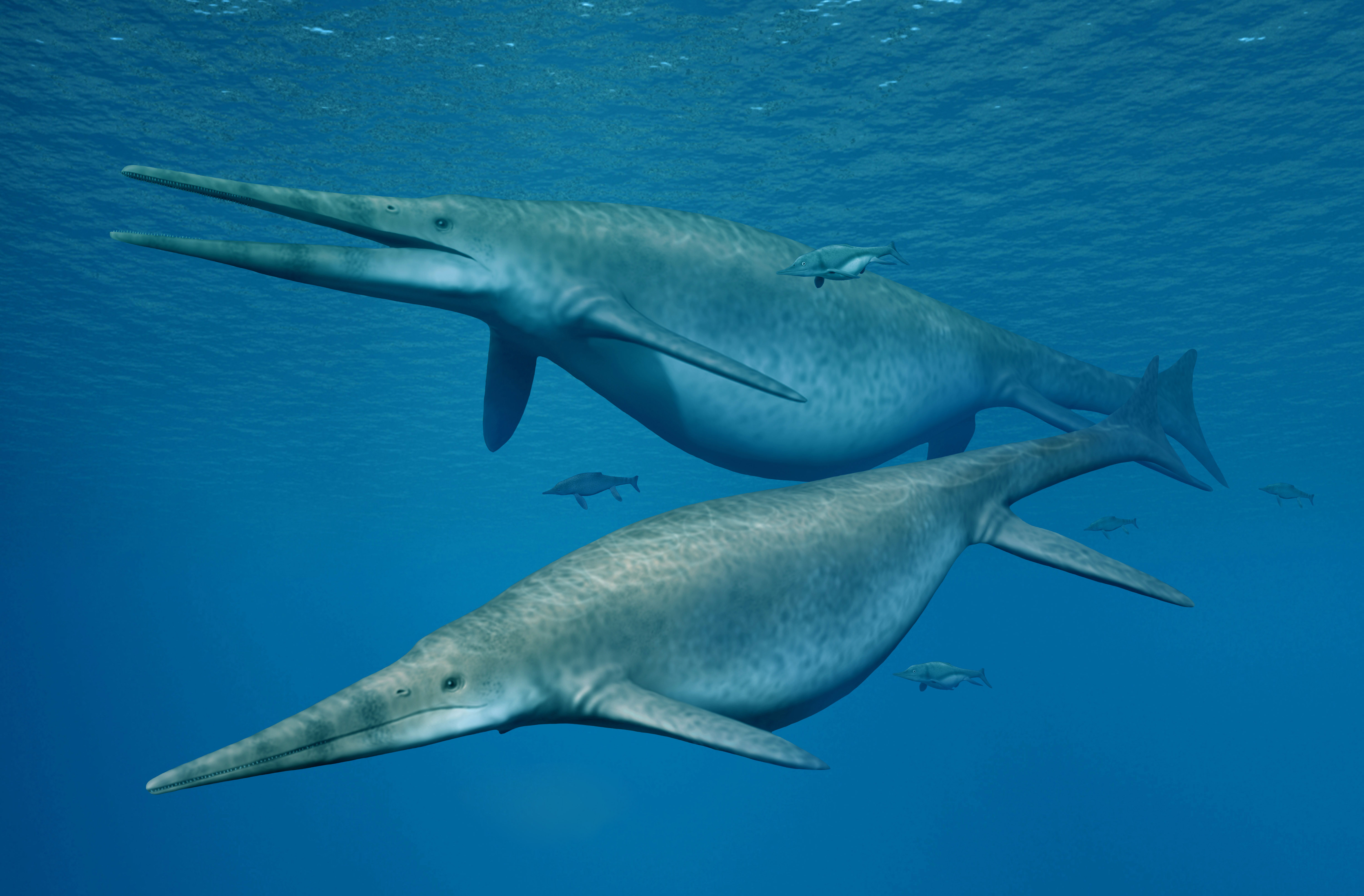 Fossil revealed to belong to one of the largest animals ever

As we reported recently, a fossil with eight embryos found in Yorkshire England was revealed to be the youngest pregnant ichthyosaur ever discovered.

The giant aquatic reptile is making headlines again as a 205 million-year-old jawbone first found in 2016 was recently revealed to belong to one of the largest ichthyosaurs ever recorded, measuring up to 26 meters in length.

Paul de la Salle, a co-author of the study, first came across the jawbone on a beach in Somerset, England.

“Initially, the bone just looked like a piece of rock but, after recognizing a groove and bone structure, I thought it might be part of a jaw from an ichthyosaur and immediately contacted ichthyosaur experts Dean Lomax and Prof. Judy Massare who expressed interest in studying the specimen,” said la Salle. “I also contacted Dr. Ramues Gallois, a geologist who visited the site and determined the age of the specimen stratigraphically.”

The fossil was an incomplete bone from the lower jaw of a giant ichthyosaur, according to both Lomax and Massare.

The fossil was then compared to other ichthyosaur fossils and the researchers even visited the Royal Tyrrell Museum of Palaeontology, which houses the largest ichthyosaur fossil, the shastasaurid Shonisaurus sikanniensis.

The Shonisaurus sikanniensis is 21 meters long and there are many similarities between la Salle’s find and the giant Canadian fossil.

After comparing the two, the researchers concluded that the new fossil is a giant shastasaurid-like ichthyosaur and larger than the Shonisaurus sikanniensis.

“As the specimen is represented only by a large piece of jaw, it is difficult to provide a size estimate, but by using a simple scaling factor and comparing the same bone in S. sikanniensis, the Lilstock specimen is about 25% larger,” said Lomax.

The bones were categorized as Late Triassic and found in Aust Cliff in Gloucestershire. The fossils, two of which are missing today, were identified as the limb bones of several dinosaurs and reptiles.

However, with the jawbone discovered in Somerset, the researchers believe that the old 1850 fossils were misidentified ichthyosaur jaw bone fragments.