Inside the illegal trade of turtles and tortoises • Earth.com 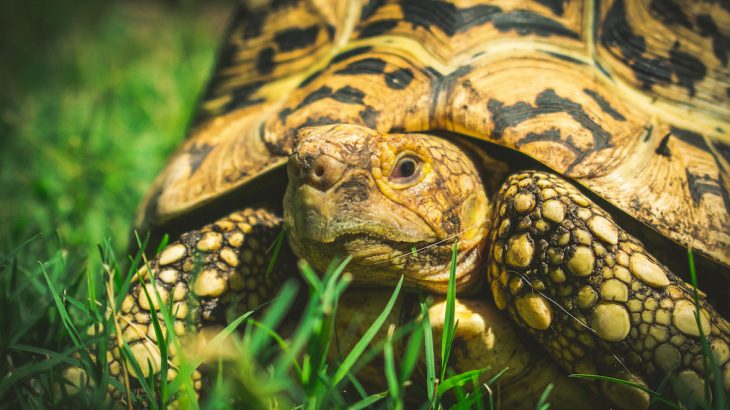 Inside the illegal trade of turtles and tortoises

Discussions on wildlife trafficking usually revolve around iconic species such as elephants and rhinos. These species provide a charismatic face to the issue but are far from the only animals exploited for the illegal wildlife trade. But a new report by the Wildlife Justice Commission outlines the little known world of illegal turtle and tortoise trading for the live pet trade.

The report, entitled Operation Dragon: Revealing new evidence of the scale of corruption and trafficking in the turtle and tortoise trade, details the organization’s 2-year investigation into the illegal trade of turtle and tortoise species in South Asia. The Wildlife Justice Commission used undercover investigators to learn about the inner workings of major trafficking networks and put a halt to these operations.

“Eight wildlife trafficking networks were significantly disrupted, 30 arrests were made, and five traffickers have already been jailed, while other suspects are awaiting trial. More than 6,000 live reptiles, ranging from vulnerable to critically endangered, were seized by the authorities from the illegal pet trade,” the Wildlife Justice Commission stated in a press release.

“Our teams also noted an increase in the trafficking of rarer and higher-value freshwater turtles. Given their vulnerable population status, there is concern that any removal from the wild will have a significant impact on their ability to recover,” Sarah Stoner, Senior Investigation Manager at the Wildlife Justice Commission stated in the press release.

Threatened and endangered species are often more valuable in the illegal wildlife trade because of their rarity. A 2017 study which analyzed the internet-based trade in critically endangered ploughshare tortoises in Indonesia found advertisements for 126 tortoises from 2010-2015. The turtles were being advertised from $509–$47,000. It is estimated that there are currently less than 600 ploughshare tortoises left in the wild and the species is considered at an “extreme risk” of extinction within the next 10 to 15 years.

Despite the species dire state and protection from the wildlife trade by international treaty, there is still a high demand for the species.

In April 2018, over 10,000 critically endangered radiated tortoises were found by authorities crammed into a house in Madagascar, believed to be en route to the wildlife trade where they are highly sought after by reptile collectors for their prominent patterns. Undercover investigators with the Wildlife Justice Commission sighted 1,546 ploughshare tortoises during their operation.

The Wildlife Justice Commission report found that the corruption of transportation officials helped to enable the trafficking of turtles and tortoises. Wildlife traffickers often transported their products through certain routes because of their confidence that the product would not be detected.

This report provides important insight that can be used to crack down on the illegal turtle and tortoise trade. “Whilst corrupt officials facilitated this trade, we focused our activities on developing the intelligence picture to inform investigative efforts by dedicated wildlife and police officials in India and Malaysia… It is these officers who are the unsung heroes, working to do what is right in an area where many find the allure of money all too tempting,” the report states.