Inbreeding is not a problem for the Eastern massasauga rattlesnake • Earth.com 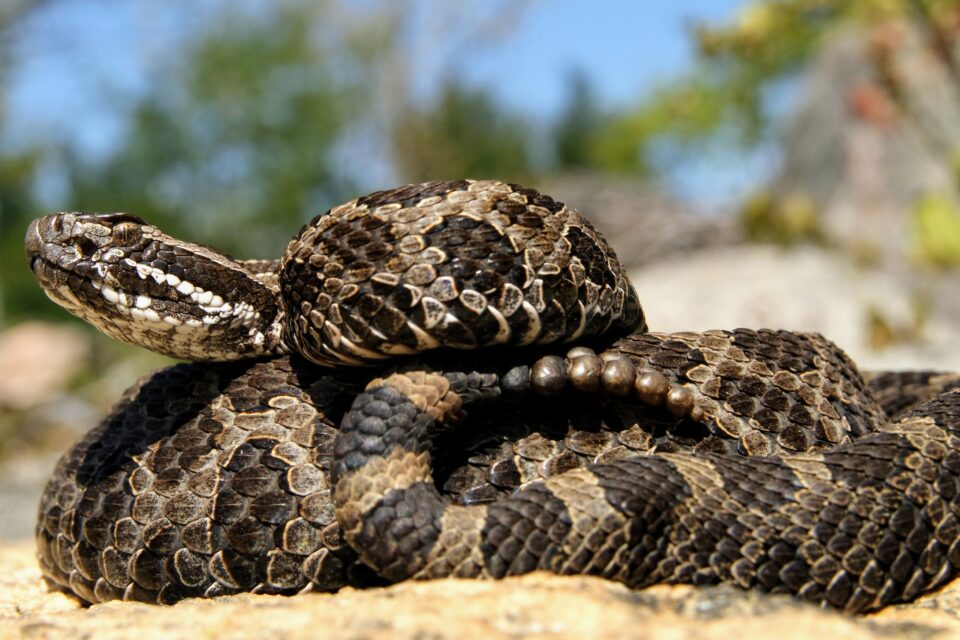 Inbreeding is not a problem for the Eastern massasauga rattlesnake

The Eastern massasauga rattlesnake is threatened. As with many endangered species, inbreeding was an unfortunate part of the snake’s recent history. When scientists investigated the impact of inbreeding on the rattlesnakes, they found something surprising.

“This is something that has been reported very recently in other endangered species, but it’s the first time it’s been shown in a reptile,” said study senior author Professor H. Lisle Gibbs of The Ohio State University.

“We always worry about genetics and the loss of variation and what it means to be in a small population in which there’s lots of inbreeding. At least in this species, maybe it’s not such a big deal.”

“From a conservation perspective, perhaps we can downplay genetics and say ecology – such as habitat restoration – is more important.”

“Through years and years of study, we know that most populations are isolated, like little natural zoos scattered throughout the landscape,” said Gibbs. “Due to habitat degradation, we’ve known they show little variation – but we’ve never actually looked at variation in genes that code for things that matter to a rattlesnake.”

The western species had more negative mutations in its genome but was protected from them because it was unlikely that two snakes with the same mutation would breed. With only one copy of a mutation, an individual is protected by a good copy of the same gene. It appears that Eastern massasauga snakes – through their long history of living in small, isolated populations – were purged of their dangerous mutations.

The interesting results help prioritize habitat restoration over the introduction of new genes for the protection of the threatened rattlesnakes. It may also help scientists rethink what it means to live in a small population.