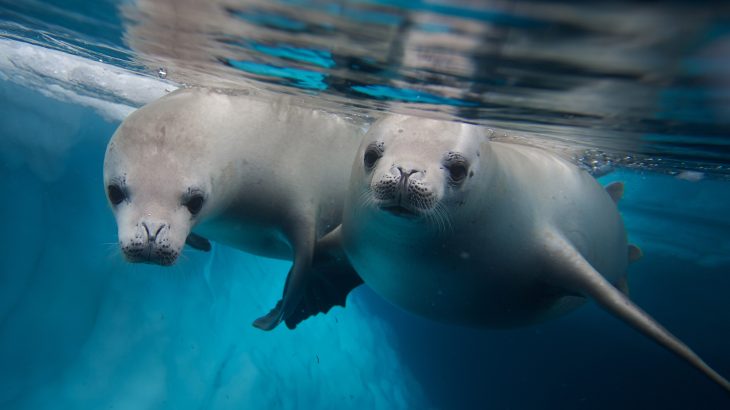 In a new study from Virginia Tech, experts have investigated the factors which influence infectious disease in marine mammals. The research comes at a time when there is a heightened awareness of the devastation caused by deadly diseases like COVID-19.

Study co-author Claire Sanderson is a research associate in the Department of Fish and Wildlife Conservation in the College of Natural Resources and Environment.

“We are perhaps more alert than ever to the catastrophic impacts of infectious disease in both humans and animals. Our task now is to begin to understand what drives these events, particularly in species like marine mammals, where our knowledge is even more limited,” said Sanderson.

Twenty years ago, a mysterious illness killed over 10,000 endangered Caspian seals in less than four months. The deaths were ultimately tied to a disease known as canine distemper virus.

Mass mortality events from infectious diseases have affected a wide range of both terrestrial and aquatic species. Compared to land animals, however, the effects of disease on marine mammals have not been thoroughly examined.

Sanderson collaborated with Kathleen Alexander, a professor in the Department of Fish and Wildlife Conservation, to gain a better understanding of how disease outbreaks spread among marine animals.

According to the researchers, a mass mortality event is a devastating number of fatalities within the same species over a brief period of time. These events trigger a domino effect of consequences that can lead to local species extinctions and ecosystem collapse.

Morbillivirus and influenza A outbreaks, which were the most common, can infect multiple hosts because they can jump from one species to another.

The researchers examined life history traits and environmental variables to determine which factors influenced mass mortality events. The study revealed that more than half of the species involved were pinnipeds, a group of semi-aquatic species that includes seals, sea lions, and walruses.

“Pinnipeds bridge the terrestrial and aquatic interfaces and may have a greater exposure to pathogens that occur across these land types,” said Sanderson.

“As climate change intensifies, this may set off a complex chain of events that dramatically alter these ecosystems, affecting marine populations living in these environments,” said Professor Alexander.

In addition, the melting ice alters the salinity of the water. As a result, important prey for pinnipeds – like fish and crustaceans – become less abundant. Nutritional stress makes the mammals more susceptible to disease.

“Marine mammals represent important sentinels of aquatic health by providing information essential for managing threats to these vulnerable ecosystems,” said Sanderson. “Addressing the root causes of climate change will be of critical importance as we chart a path forward in managing these species.”

The researchers determined that 37 percent of the marine mammal species that suffered from a fatal disease outbreak were classified as endangered or vulnerable to extinction.

“This work underscores the critical threat infectious disease can pose to marine species and the potential importance of climate change as a wide reaching driver of this process,” said Professor Anderson.

“Here, our role is complex as we contribute directly to our changing climate, increasing pathogen pollution, and habitat degradation. But we also have the power to change things, address climate change, protect species and environments through effort and innovation – humanity at its best.”