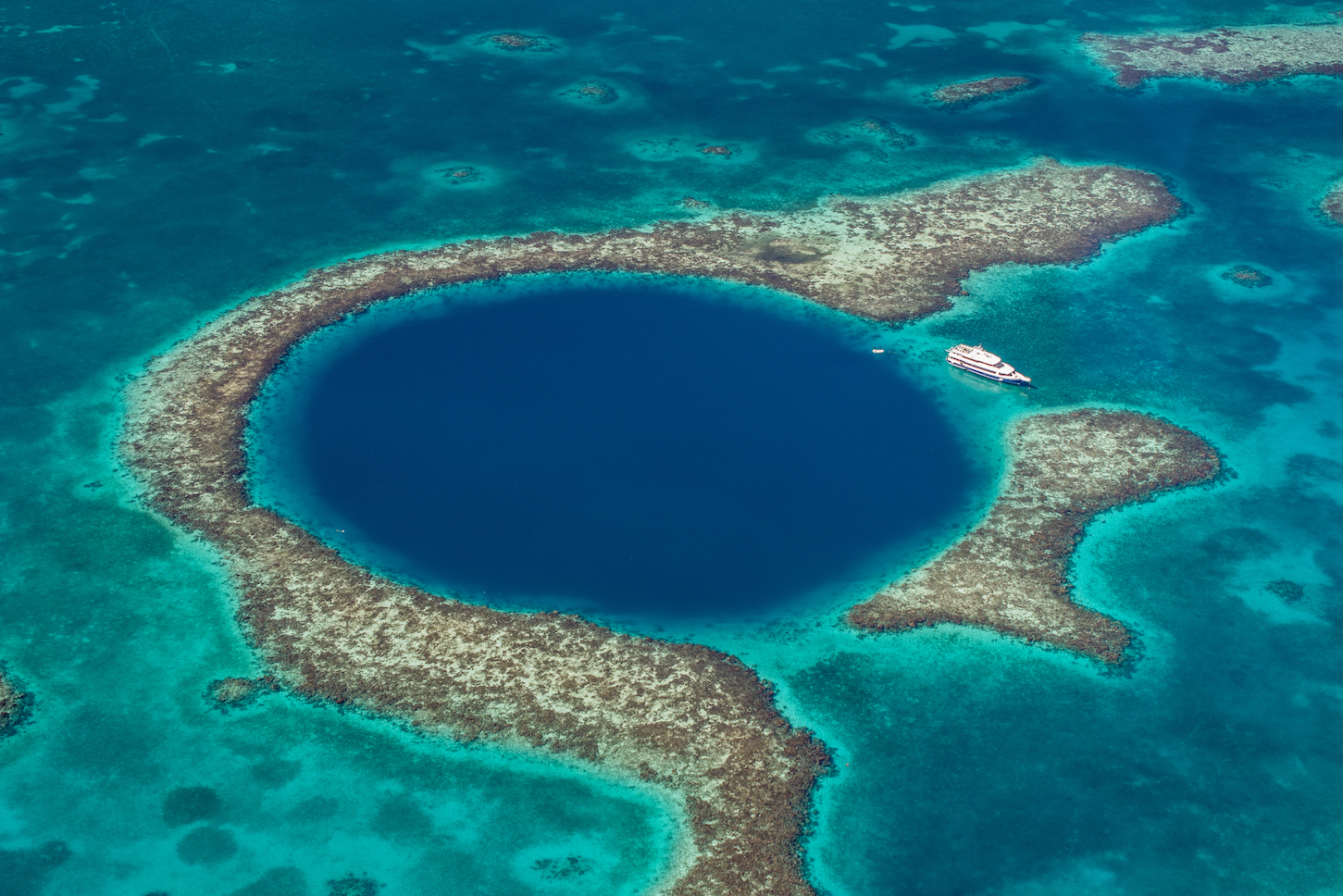 Researchers reveal what they found inside Belize’s Great Blue Hole

A recent expedition has produced the first 3D map of the world’s largest underwater sinkhole, the Great Blue Hole, located off the coast of Belize. The team included Fabien Cousteau, the grandson of French oceanographer and filmmaker Jacques Cousteau, who made this region famous in the early 1970s.

The Great Blue Hole, which is 984 feet across and more than 400 feet deep, is ranked as one of the world’s top dive sites. Surrounded by reefs and caves, the ancient sinkhole lies near the center of Lighthouse Reef Atoll.

Last December, a group of researchers set sail for the Great Blue Hole equipped with two submarines. In addition to capturing fascinating video and images, the team has created a 3D map of the hole’s interior.

Erika Bergman was the chief pilot, oceanographer, and operations manager on the expedition. She told CNN: “We did our complete 360 sonar map and that map is now almost complete. It looks really cool, it’s this mesh-layered, sonar scan of the entire thousand-foot diameter hole.”

Near the bottom of the hole, the team found some previously undiscovered mineral foundations known as stalactites. There is also a hydrogen sulfide layer around 300 feet down that blocks out all the light, transitioning divers into total darkness.

“You lose all of that Caribbean sunlight and it just turns completely black, and it’s totally anoxic down there with absolutely no life,” Bergman told CNN.

High-resolution sonar enabled the researchers to view features that were 20 or 30 feet away in perfect detail. According to CNN, the team found some intriguing tracks at the bottom of the sinkhole that could not be identified.

The explorers reported that the hole was essentially free from trash, and that it appeared to be almost unaffected by human activities. Bergman credited the work of the Belize Audubon Society, which helps to preserve the Great Blue Hole.

“There were basically two or three little pieces of plastic – and other than that, it was really, really clear,” Bergman explained to CNN. “It’s neat that there are spaces on our planet – and most of them in the oceans – that are exactly the way they were thousands of years ago and will remain exactly the way they are thousands of years in the future.”

On Sunday December 2, the Blue Hole Belize 2018 Expedition was live streamed on the Discovery Channel.