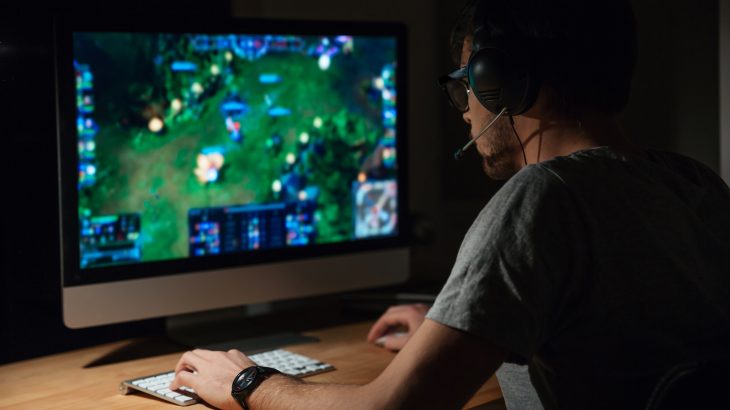 A new study, presented on November 28th at the Radiology Society of North America annual meeting, reveals that men and women who are addicted to online gaming, and have been diagnosed with internet gaming disorder (IGD), exhibit differences in their brains.

The study’s senior author, Yawen Sun, M.D., a diagnostic radiologist at the Department of Radiology of Ren Ji Hospital, affiliated with Shanghai Jiao Tong University School of Medicine in Shanghai, China, said, “Internet use is an integral part of the daily lives of many young adults, and a loss of control over Internet use could lead to various negative effects. Internet gaming disorder has become a major public health concern worldwide among both adolescents and young adults.”

To better understand how IGD affects men and women, researchers studied 32 men and 32 women diagnosed with IGD and compared them to 30 male and 22 female control participants. Using a functional MRI (fMRI), the team watched brain activity in the men and women when they were not focused on a particular task. They then linked said brain activity to the Barratt Impulsiveness Scale-11, a test which assesses behavioral inhibition.

Their study showed that men with IGD experienced regional- and network-level brain alterations, specifically in the superior frontal gyrus, where low brain activity signalled higher impulsivity. Women with IGD did not exhibit any such brain alteration.

Dr. Sun believes that the effects of IGD may be gender-specific due to the fact that the maturation of men and women’s brains differ. The prefrontal cortex, which controls function and inhibition, matures later in men than in women.

“Men have shown lower levels of impulse control in comparison with women, and their impulse control also increases more gradually,” Dr. Sun said. “Given the role of inhibitory control in the initiation of IGD, young men may tend to experiment with pathological Internet use to a greater degree than young women do.”

However, Dr. Sun notes that it is currently unclear if the dysfunctionalities of the prefrontal cortex in men with IGD is “gaming-induced or precursors for vulnerability.” She continues, “I think future research should focus on using functional MRI to identify brain susceptibility factors relating to the development of IGD.”