Invasive new species of crayfish are cloning themselves • Earth.com 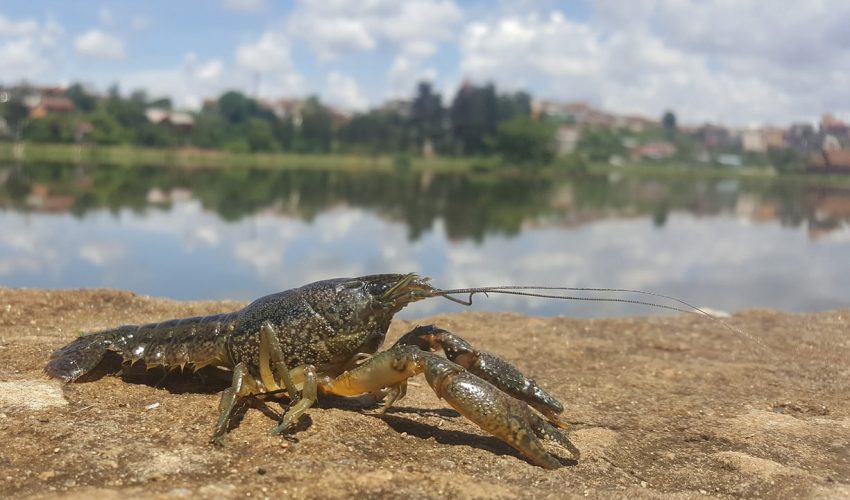 Invasive new species of crayfish are cloning themselves

A species of mutant crayfish is multiplying out of control across Europe and into parts of Africa. Researchers from the German Cancer Research Center in Heidelberg are now reporting that the all-female crayfish have the ability to clone themselves.

While a new species typically takes thousands of years to evolve, millions of marbled crayfish have emerged in less than 25 years. Experts believe that the first marbled crayfish individual was created by accident, and that the entire species has descended from one single female.

In 1995, a man in Germany purchased a crayfish that was referred to as a “Texas crayfish.” The creature eventually grew very large and produced hundreds of eggs at once, which were ultimately sold in pet stores.

Marbled crayfish owners were surprised to find that the individuals were reproducing without mating. Many of the crayfish were dumped in rivers and lakes, where they began their invasion of freshwater bodies across Europe and into Africa.

A research team led by Dr. Frank Lyko sequenced the genomes of 11 marbled crayfish to get a closer look at how they are spreading so quickly. The study revealed that the crayfish had nearly identical genomes, indicating that they were clones.

“We could detect only a few hundred variants in a genome that is larger than the human genome,” said Dr. Frank Lyko. “That is an incredibly small number. The minute variations can be ascribed to natural mutations.”

Epigenetic mechanisms, which regulate gene expression, allow the crayfish to adapt to a range of environments despite having the same genetic makeup. This type of clonal evolution is also found in tumors, and cancer researchers hope to gain insight into epigenetic regulation by analyzing marbled crayfish.