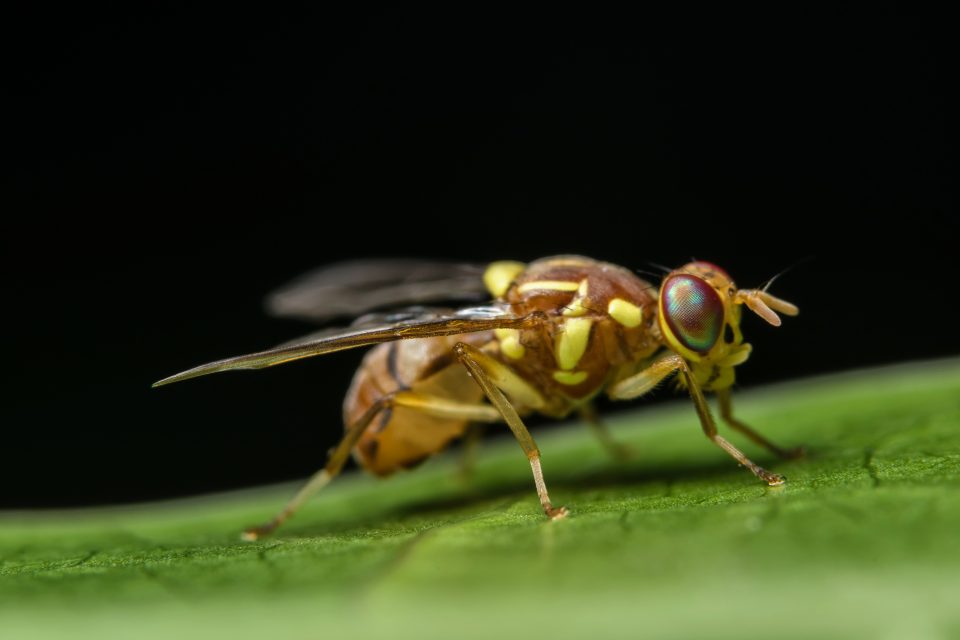 Climate change and invasive species are two of the biggest drivers of biodiversity loss worldwide. In a new study from Washington State University, experts report that rapid evolution can help species adapt to new competition, and that these evolutionary changes affect the way that animals handle climate stress.

“Our results demonstrate that interactions with competitors, including invasive species, can shape a species’ evolution in response to climatic change,” said study co-author Professor Seth Rudman.

Evolution is typically thought of as a slow process that takes place over generations, but studies in recent years have shown that plants and animals can make rapid adjustments in response to changes in their environment. Rapid evolution is critical for species to survive climate warming and the increasing issue of non-native species invasions.

Fruit flies reproduce very quickly, which allows scientists to observe genetic changes across several generations in a matter of months. For the current study, the researchers focused on two species of fruit flies: Drosophila melanogaster, which is native to North American orchards; and Zaprionus indianus, which has recently started to invade North America.

The researchers first investigated whether the native flies could evolve rapidly in response to exposure to the invasive flies over the course of a summer season. Next, the team examined how adaptation in the summer may affect the native species’ ability to handle the colder fall conditions.

“A cool thing about the way we conducted this study is that while most experiments that look at rapid evolution use controlled lab systems, we used an outdoor experimental orchard that mimics the natural habitat of our focal species,” said study lead author Tess Grainger. “This gives our experiment a sense of realism and makes our findings more applicable to understanding natural systems.”

The study revealed that the native fruit flies adapted to the presence of the invasive species in a matter of just a few months. This rapid evolution influenced how the flies evolved when cold weather arrived.

In the fall, the fruit flies which had been exposed to the invasive species evolved to be larger, lay fewer eggs, and develop faster than flies that were not exposed. These findings have laid the groundwork for studying other threatened species that are more elusive.

“In the era of global environmental change in which species are increasingly faced with new climates and new competitors, these dynamics are becoming essential to understand and predict,” said Grainger.

“As biodiversity changes, as climate changes and invaders become more common, what can rapid evolution do to affect outcomes of those things over the next century or two? It may be that rapid evolution will help biodiversity be maintained in the face of these changes,” said Professor Rudman.