Invasive Tegu lizards pose a big problem in the southern US • Earth.com 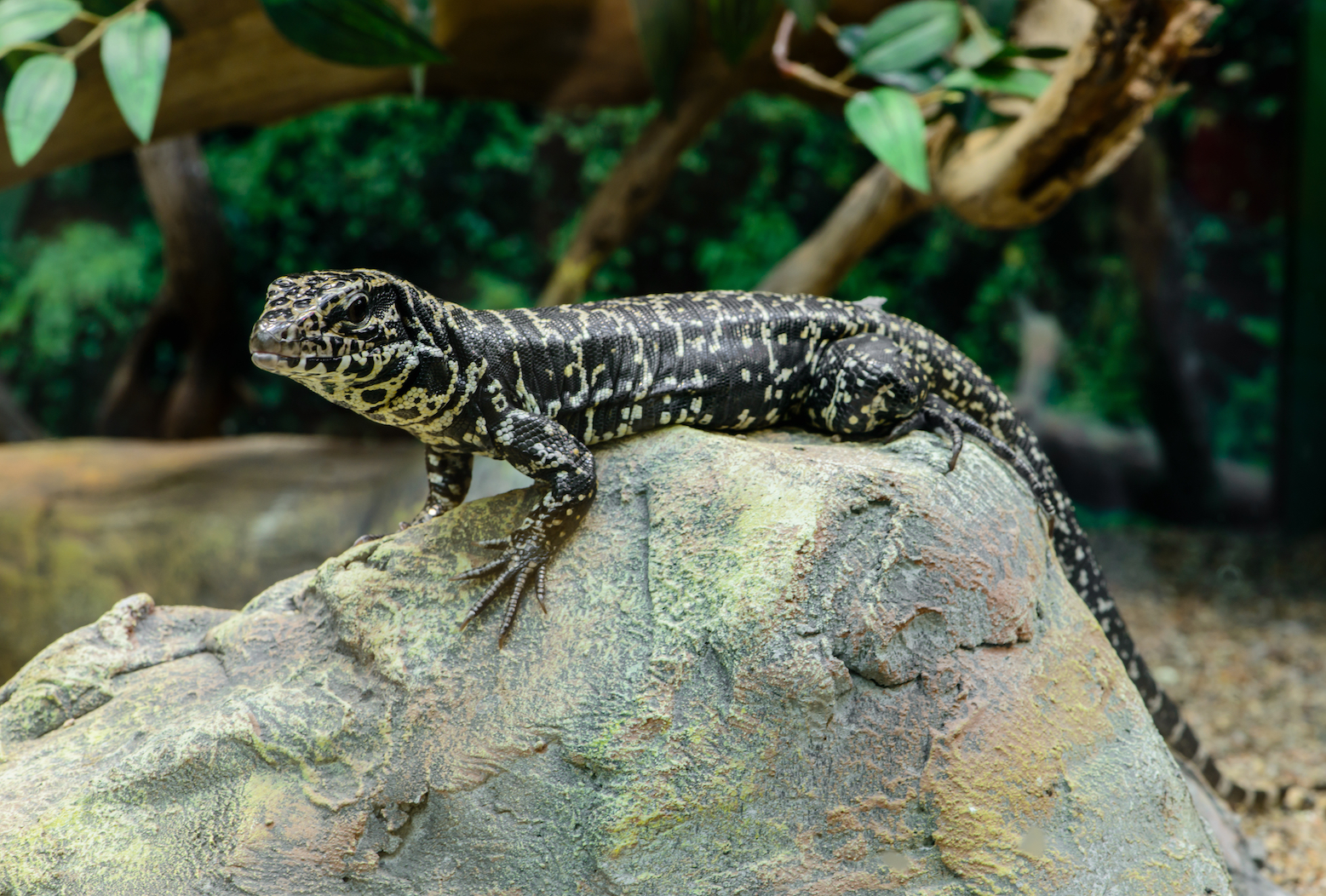 Invasive Tegu lizards pose a big problem in the southern US

Colonies of invasive Tegu lizards, originally brought to the United States as pets, could soon wreak havoc across local ecosystems from Florida to Texas.

The results, published online through the journal Nature, show that because Tegus can thrive in a range of habitats and eat everything from insects to alligator eggs, the species could expand as far as central Texas which could disrupt local food chains and endanger other animals.

“They are voracious, omnivorous predatory lizards that can live in a variety of habitats, but we can’t know what is going to happen or how intense this invasion is going to become until the effects are upon us,” Lee Fitzgerald, a professor at Texas A&M University, told the Daily Mail in an interview.

The researchers aren’t sure exactly how far Tegu lizards will spread or when the species will invade new habitats because there’s no way to tell how many Tegus will be abandoned by their owners or escape in the coming years.

So far, wild Tegu populations have been reported in several areas in Florida, according to the Florida Fish and Wildlife Conservation Commission.

The best way to prevent Tegu lizards from spreading as an invasive species is to ensure that lizards stay put in their homes.

This is not the first exotic animal that has found its way into Florida’s ecosystem because of its   prized status as a pet.

For example, the Burmese Python is now no longer able to be sold as a pet in the state of Florida because of the rash of pythons now living in Florida’s Everglades.

The Florida Fish and Wildlife Conservation Commission even runs an Exotic Pet Amnesty Program to help stop the spread of non-native species in the wild by offering to take exotic pets away from the owners who don’t want them or can’t care for them.

As intriguing and unique as a Burmese Python snake or colorful parrot might be to have as a pet, many times pet owners find themselves ill-equipped to adequately care the animal as it grows into adulthood.

Tegu Lizards can grow up to four feet in length and can be temperamental and difficult at times.

The quickest solution, then for an overwhelmed pet owner, is to release the animal into the wild, but this has only created a number of problems for Florida’s ecosystems.

“The most important thing that the public can do to stop the spread of non-native species like tegus is to NEVER release non-native animals into the wild,” commission specialist Jamie Rager told the Daily Mail. “Don’t let it loose.”