Investigation reveals new clues to the evolution of language 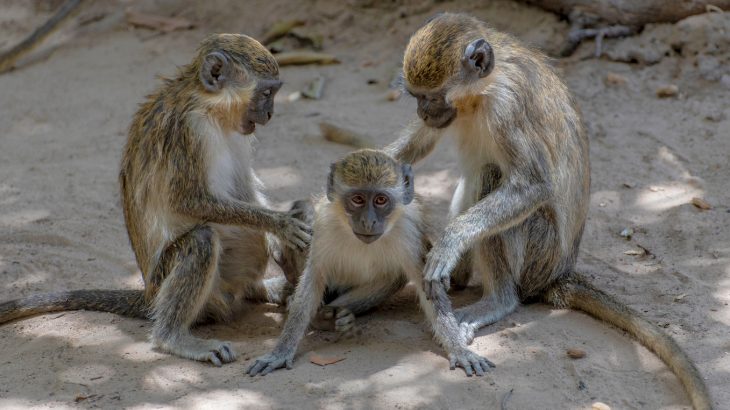 Investigation reveals new clues to the evolution of language and communication. In an effort to better understand how human language and communication developed, a team of scientists from the Leibniz Institute for Primate Research has analyzed the vocalizations of vervet monkeys. It is known that East African vervets have specific alarm calls to warn for a leopard, eagle, or a snake, and the researchers wanted to investigate the call system used by the closely-related West African vervets.

To examine how the West African vervets would react to unknown sounds, the researchers flew a drone over a group of monkeys and later played them a sound recording of the drone noise. The reactions of the monkeys indicated that they learned very quickly what the sound of the drone meant.

However, instead of creating a new vocalization, the animals used the alarm call that East African vervets use to warn of eagles or other aerial predators. According to the study authors, this suggests that the call structure was determined long ago in the course of evolution and has been conserved.

Leopards, eagles, and snakes are the three main predators faced by East African vervet monkeys, and the animals use alarm calls that are followed by a specific strategy. When they hear the call for leopard, for example, they climb a tree. The call for eagle means to search the sky and hide, while the call for snake means to freeze like a statue on two legs.

The West African green monkeys were found to use alarm calls for leopards and snakes, but had not developed a call for aerial predators. When the research team carried out the drone experiment, the animals reacted to the drone sound with alarm calls, searched the sky, and hid.