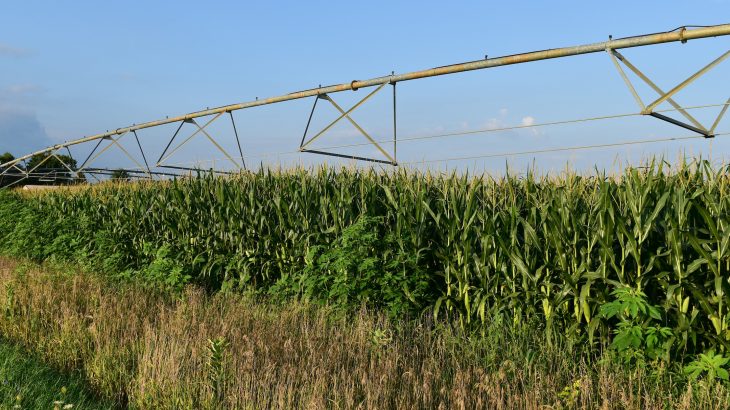 Researchers at the University of Wisconsin-Madison have discovered that irrigated farms in the Central Sands region are having a significant impact on the local climate. Irrigated farms were found to experience a lower daily temperature range of three to seven degrees compared to nearby forests or farms that rely on rainfall.

“Irrigation is a land use with effects on climate in the Midwest, and we need to account for this in our climate models,” said study lead author Mallika Nocco. “We’re finding that weather forecasts can be wrong if they don’t take these land uses into account. That will affect both farmers and plants.”

The research team set out to determine if the naturally humid Wisconsin climate would have a strong response to irrigation like what has been observed in drier climates. In collaboration with private landowners, the researchers installed 28 temperature and humidity sensors in a 37-mile line across the Central Sands. The network included pine plantations, irrigated farms, and forests.

The researchers collected data from the sensors from 2014 to 2016. This information was combined with irrigation levels obtained through a regional well withdrawal database.

According to the study, irrigation dropped maximum temperatures by an average of one to three degrees Fahrenheit. Meanwhile, minimum temperatures were increased by up to four degrees. A smaller difference between daily maximum and minimum temperatures can significantly affect plant growth and the life cycles of insect pests.”If you’re adjusting the range of temperatures, you’re changing who or what can live in an area,” said Nocco.

The temperature differences between irrigated fields and nearby forests and fields were most pronounced when the fields were being irrigated during the growing season, but persisted throughout the year.

Even though the cooling effect of irrigation offsets global warming on a regional scale, warming on a global scale is soon expected to outweigh this type of climate mitigation. In this scenario, farmers may face sudden stress.

“Farmers in irrigated regions may experience more abrupt temperature increases that will cause them to have to adapt more quickly than other groups who are already coping with a warming climate,” said study co-author Christopher Kucharik. “It’s that timeframe in which people have time to adapt that concerns me.”