Is autism related to pollution and stress during pregnancy? • Earth.com 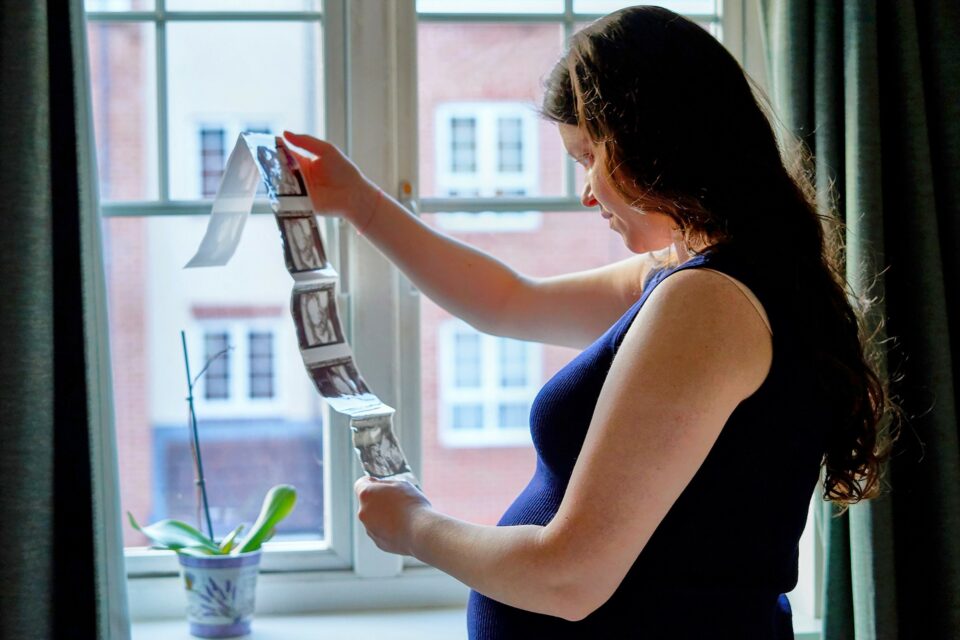 Is autism related to pollution and stress during pregnancy?

Air pollution has been linked, in past research, to increased risks of neurological disorders, such as schizophrenia and autism. Considering that 99 percent of people across the globe live in cities where air quality is questionable, it is surprising that only one in 44 children is diagnosed with autism. Naval oceanographer Carina Block worked where she was exposed to jet exhaust fumes every day while she was pregnant and when she gave birth to a baby with a neurodevelopmental problem, she thought there might be a connection.

“I was pregnant, stressed, and worked near planes,” Block recalled. “I walked past jet fuel exhaust every day. And my child ended up developing a neurodevelopmental disorder, hydrocephalus.”

Although her daughter is now healthy, Block has continued to follow her hunch by conducting research under the auspices of the labs of psychology and neuroscience professor Staci Bilbo, PhD and cell biology professor Cagla Eroglu, PhD, both from Duke University in North Carolina. Block’s most recent research on the effects of air pollution and stress on the offspring of mice provides convincing evidence that, had she been carrying a baby boy, he may well have been born with autism

The research involved exposing pregnant mice to air pollution in the form of diesel exhaust particles. Towards the end of their pregnancy, the mice moms were dealt another stressor: they were given insufficient material from which to build a nest for their pups. According to the researcher, this added stress mimics the situation that many people find themselves in during the course of their normal lives.

When asked why not every child born in a polluted city develops autism, Bilbo explained that environmental toxins are worse for some people than for others and it’s always the most vulnerable populations that are affected.  In the case of autism and air pollution, Bilbo thinks the missing link is maternal stress stemming from poverty and housing insecurity.

“It’s not that wealthy people aren’t stressed,” Bilbo said. “But it’s different when you have to worry about where you’re going to live and whether you’re safe in your home.”

This explains why Block and her team chose to limit the amount of nesting material to the pregnant mice that were already exposed to polluted air. They wished to test this combination of conditions, which are endured by many people every day, in order to monitor the effects on the brain development of the offspring.

The findings, published in the journal Cell Reports, showed that although the stressed mice were exemplary parents that nursed and groomed their pups just as much as those who were spared the prenatal stressors, their male offspring exhibited unusual, autism-like social behavior. Adolescent male mice born to stress- and smog-exposed moms preferred hanging out with a yellow rubber duck rather than a nearby mouse (mice usually prefer the company of one of their own rather than that of a bath toy). Female offspring were less likely to be affected in this way.

After observing the unusual behavior in male offspring, Block and her team looked at what had happened in their brains that may have made them socially shy. Specifically, the research team wondered whether male brains had somehow missed out on their necessary refinement early in development.

The results of the brain analysis of mice indicated that male offspring of stressed mothers who had inhaled diesel fumes had missed out on the normal pruning of synapses in the anterior cingulate cortex (ACC), a brain region that is important for perceiving and producing social cues. The overabundance of synapses in this region seemed to explain their shy social tendencies as teenagers, but it left open the question of how a double-hit of smog and stress during gestation halts typical brain sculpting.

In order to understand this, Block and her team looked at the immune system, specifically at immune cells in the brain, called microglia. These are highly active cells that monitor the brain constantly for pathogens such as viruses and bacteria, but they also destroy weak or dead synapses. This helps to trim away unwanted connections and keep the brain tidy. Block reasoned that if there are more synapses than usual, perhaps there aren’t as many microglia in the brains of affected males.

Confusingly, Block found that adolescent males from the stressed mother mice had just as many microglia in the ACC as did their peers from non-stressed moms. However, smog and housing stress lead to microglia having less of the protein that stimulates their appetite for synapses, which likely explains why pruning did not take place effectively in the ACC.

By adulthood, the situation in the mouse brains had been reversed. Males from smog- and stress-exposed moms now had fewer synapses in their ACC and were more gregarious than their unexposed peers. This atypical tendency to be more outgoing rather than reserved mirrored the behavior and brain activity of mice with autism-linked genes that has been recently described by Block’s collaborator and co-author, Duke neurobiology professor and psychiatrist Kafui Dzirasa, MD, PhD.

Dzirasa states that many of his patients with autism would fail the standard lab tests used to diagnose mice, because mouse behavior is considered to be autism-like if the mice are less inclined to socialize. Dzirasa and Block say that people with autism are not inherently introverted, but have difficulty understanding social cues and conventions rather than being unwilling to interact socially.

Block and Bilbo suggest this work provides a clear mechanism in mice that may explain why high levels of air pollution increase the likelihood that a child will develop autism only if they’re born in a poor neighborhood. It might also lead to the development of drugs to help prevent microglia from being manipulated by environmental stressors, since diesel exhaust and housing stress triggers a similar immune response when pregnant women catch the flu.

For now, Bilbo and her team hope that this unequivocal evidence about the impact of stress and air pollution during pregnancy pushes policymakers to promote legislation supporting clean air initiatives and social services, such as improved and expanded public housing.

“You can’t ignore this study’s mechanistic findings,” Bilbo said. “This is happening, and this is how.”