Scientists to use advanced IVF method to save the northern white rhino • Earth.com 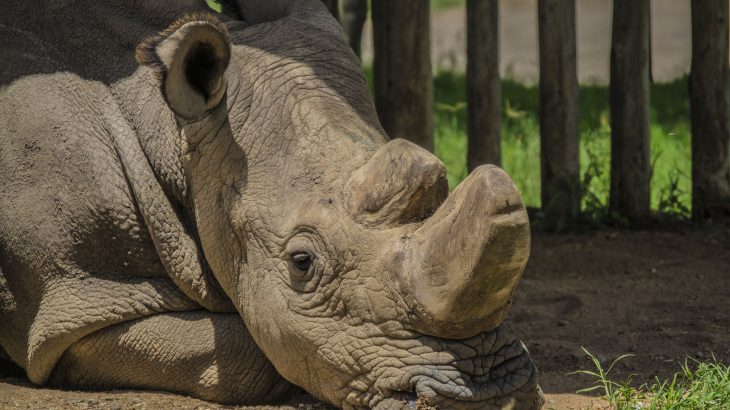 Scientists at the University of Oxford are determined to save the Northern White Rhinoceros, despite the fact that the animals are all but wiped out. In a desperate attempt to save the species, the team will use an advanced method of egg production and IVF treatment.

After the last known male died last year, the Northern White rhino species has been narrowed to just two remaining females, Najin and Fatu. To further complicate matters, neither of these animals are capable of carrying a baby to term.

The Oxford researchers plan to remove ovarian tissue from the females, which will be stimulated to produce a potentially large number of eggs. Using sperm previously collected from males of the same species, the team will fertilize the eggs and implant the embryos into surrogate mothers.

While this technique has been successfully performed in mice for many years, it has never been tested in a rhinoceros. The scientists are conducting a series of trials with ovarian tissue from a Southern White Rhinoceros to practice the procedure.

“With the death of the last male, Sudan, the Northern White Rhino has passed the point where it can be saved naturally and is a shade away from extinction. This will add yet another species to the list of those wiped out by humans,” said Dr. Williams.

“What is exciting about this research is that it could enable us to pull critically endangered species back from the brink by utilizing ovarian tissue from old or injured animals to produce offspring.”

“Once genetic variation within a population has been lost, it is lost forever. This makes it important for us to be able to maintain as many breeding individuals as possible in any conservation programme, to maximise genetic diversity of future populations. This will be a huge buffer against disease and ill health in the long-term, and give the new herds better genetic ability to adapt to changing environments in the future.”

“If successful, this technique would be a powerful tool in the global effort to conserve endangered species.”

The research is funded by Fondation Hoffmann.