What caused the sudden jumbo squid declines in Mexico? • Earth.com 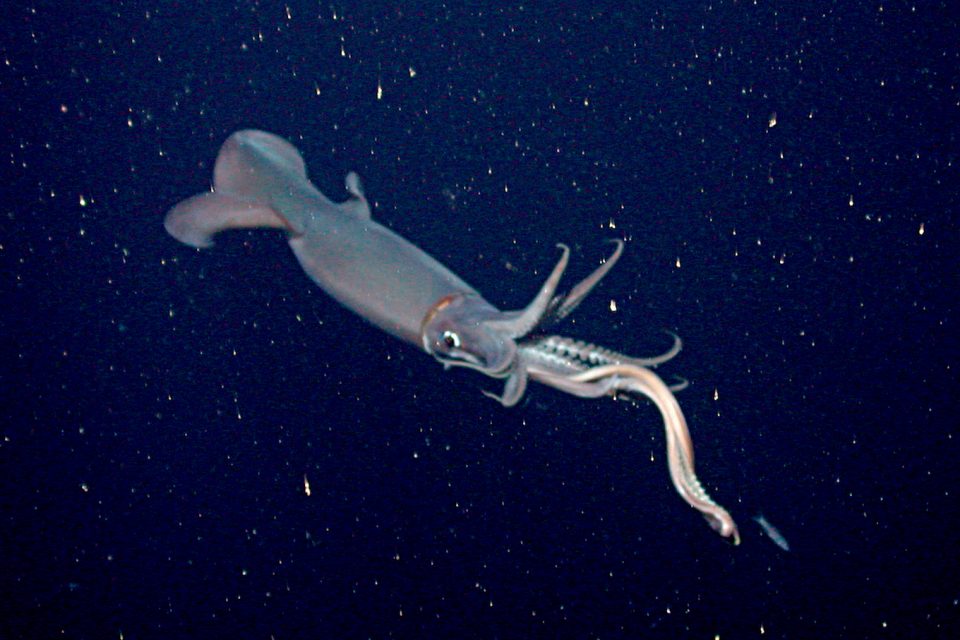 What caused the sudden jumbo squid declines in Mexico?

The world’s largest invertebrate fishery which harvests Humboldt squid completely collapsed in 2015 with no signs of recovery, and now researchers finally know why.

In a new study, researchers from the University of Stanford discovered that shifting weather patterns and changes in the ocean played a major role in the collapse of the fishery.

Squid declines could cause problems for fishery-dependent economies and marine ecosystems, and the researchers say that other major fisheries could experience similar collapses.

“What is happening with the jumbo squid is indicative of larger changes impacting marine organisms and ecosystems across the northeast Pacific,” said Timothy Frawley, the lead author of the study. “In many respects these squid, with their unique and adaptive survival strategies, function as sentinels of environmental change.” William Gilly, professor of biology, was senior author of the study.

For the study, the researchers reviewed and analyzed fishery records, oceanographic data, and biological measurements of over 1,000 squid.

By filtering through years of data, the researchers were able to identify key habitat and climate changes that impacted fishery productivity, squid size, and squid lifespan.

Over the past decade, current and circulation patterns in the Gulf of California shifted, causing ocean temperatures to increase across the region. Warm, nutrient-poor waters are inhospitable for both Humboldt squid and their prey.

To adapt to their changing habitat, the squid have gotten smaller, shortened their lifespans, and they also reproduce earlier.

“You can think of it as a sort of oceanographic drought,” said Frawley. “Until the cool-water conditions we associate with elevated primary and secondary production return, jumbo squid in the Gulf of California are likely to remain small.”

It’s possible that overfishing has also led to the collapse of the fishery but even now with all fishing ceased, the squid are still smaller than normal.

“These results show that our traditional understanding of the dynamics underlying fisheries, their management and sustainability are all at risk when environmental change is rapid and persistent,” said Larry Crowder, a co-author of the study.