Why squid may actually flourish amidst a changing climate • Earth.com 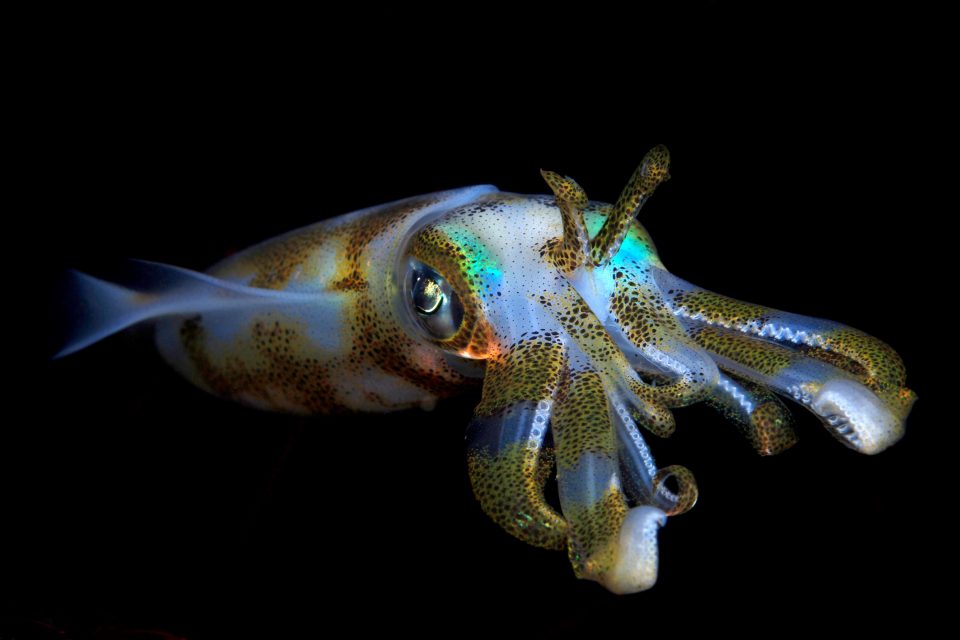 Why squid may actually flourish amidst a changing climate

According to a new study from the ARC Centre of Excellence for Coral Reef Studies (Coral CoE) at James Cook University (JCU), squid will not only survive during climate change-caused ocean acidification, but they could even flourish within their changing habitat thanks to their unique energy-taxing swimming technique.

These findings are published in Conservation Physiology.

“Their blood is highly sensitive to changes in acidity, so we expected that future ocean acidification would negatively affect their aerobic performance,” said study leader Dr. Blake Spady.

However, when Dr. Spady’s team subjected two-toned pygmy squid and bigfin reef squid to the CO2 levels in ocean water predicted for the end of the century, they were surprised at what they found.

“We found that these two species of tropical squid are unaffected in their aerobic performance and recovery after exhaustive exercise by the highest projected end-of-century CO2 levels,” said Dr. Spady.

Furthermore, Dr. Spady said that squid may even have an advantage in more acidic oceans because their predators could lose performance in the same ocean scenario.

“We think that squid have a high capacity to adapt to environmental changes due to their short lifespans, fast growth rates, large populations, and high rate of population increase,” Dr. Spady added.

“We are likely to see certain species as being well-suited to succeed in our rapidly changing oceans, and these species of squid may be among them,” he concluded. “The thing that is emerging with most certainty is that it’s going to be a very different world.”