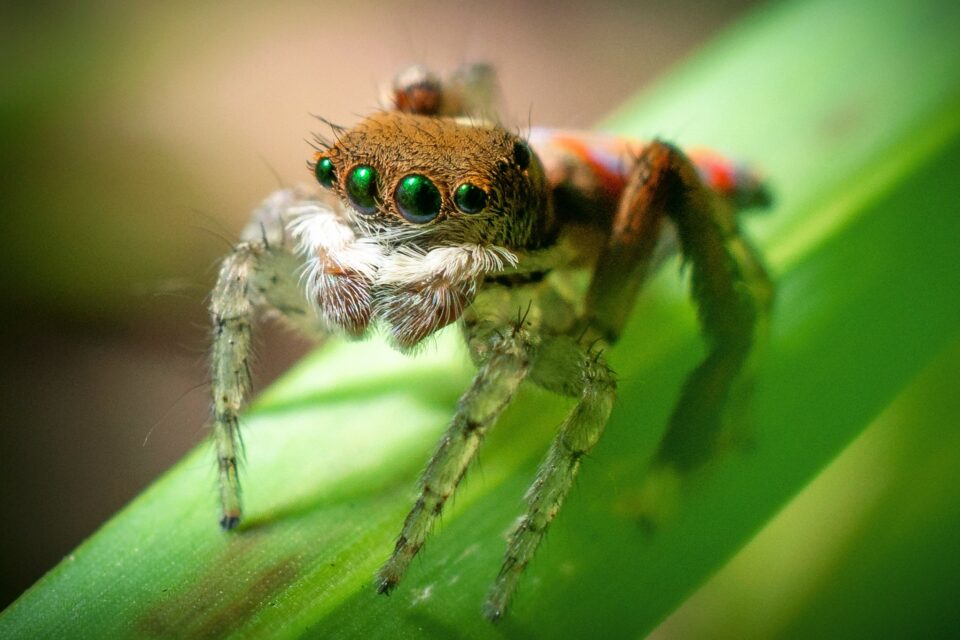 Scientists have long known that, just like humans, many species of mammals and birds experience REM (rapid eye movement) sleep – a type of deep sleep during which most dreaming occurs. However, until recently, not much attention has been given to the sleeping patterns of spiders.

Now, a research team led by the University of Konstanz in Germany has recorded over 30 baby jumping spiders (Evarcha arcuata) during their resting states, and found that they displayed periodical bouts of retinal movements coupled with limb twitching and leg curling, suggesting that they might experience REM sleep too.

While many species similar to spiders do not have movable eyes, which makes it difficult to investigate their sleep cycles, jumping spiders are fierce predators that move their retinal tubes around constantly to redirect their gaze when they hunt.

Moreover, baby jumping spiders have a see-through outer layer which gives scientists a clear window into their bodies. “Sometimes as a biologist, you just get really, really lucky,” said study co-author Paul Shamble, an evolutionary biologist at Harvard University.

By filming the baby spiders while they were resting, the researchers were surprised to find that they exhibited similar movements and behaviors as other species known to experience REM sleep.

“Here, we report evidence for an REM sleep-like state in a terrestrial invertebrate – periodic bouts of retinal movements coupled with limb twitching and stereotyped leg curling behaviors during nocturnal resting in a jumping spider,” the study authors reported.

“Observed retinal movement bouts were consistent, including regular durations and intervals, with both increasing over the course of the night. This report provides direct evidence for an REM sleep-like state in a terrestrial invertebrate – an arthropod – with clear parallels to REM sleep in terrestrial vertebrates.”

However, scientists are still not sure whether the spiders are technically asleep while they are in these resting states. Experts such as Jerry Siegel, a sleep researcher at the University of California, Los Angeles (UCLA), remain skeptical that spiders are in fact capable of REM sleep. “There may be animals that have activity in quiet states. But are they REM sleep? It’s hard to imagine that they could be the same thing,” he said.

Further research is needed to better understand the sleeping patterns of spiders and other similar animals, and clarify how widespread REM sleep is in the animal kingdom, and what evolutionary purposes it might serve. “Comparisons across such long-diverged lineages likely hold important questions and answers about the visual brain, as well as the origin, evolution, and function of REM sleep,” the authors concluded.