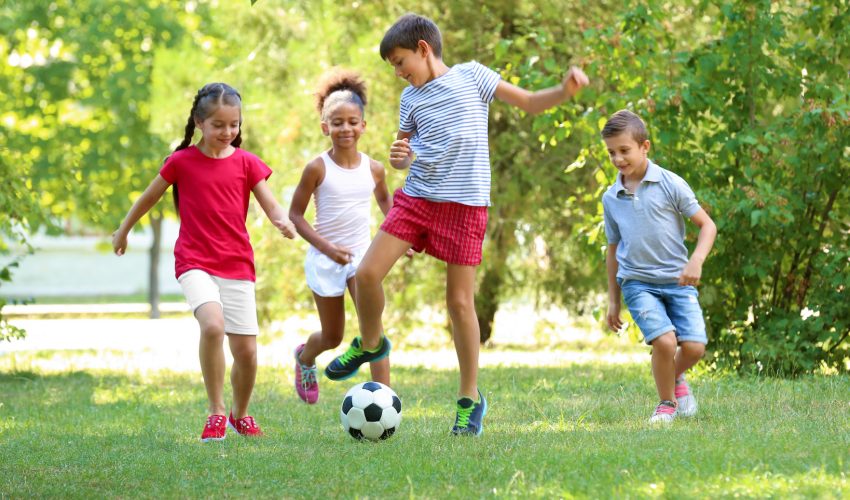 If you were a child growing up in the 90s or early 2000s, you likely had your parents constantly nagging you to put down the video game and go outside. While that may have been commonplace years ago, it appears that it is happening less and less recently.

A new poll from the market research firm OnePoll surveyed 2,000 British parents and children in order to assess the recreational habits of kids ages six to 16. They found that the average child spends just seven hours a week outside, and over twice that amount of time playing video games inside.

The survey also found that 40 percent of parents have to force their children to leave the house and spend time outside. This isn’t surprising, given that kids said they preferred a number of activities to playing outside, including playing video games, watching TV, surfing the internet, and listening to music. Shockingly, one in ten children surveyed went as far as to say they would rather do their homework than spend time outdoors.

Researchers postulate that the rise of popular video games like “Fortnite” has children choosing to spend more time indoors and in front of the screen. “With games such as “Fortnite” taking over the lives of many young children, they would prefer to stay indoors than kick a football around with friends or wander through the woods,” says Chris Allen, a department manager at Decathalon – a retailer who had OnePoll conduct this study.

Over two-thirds of parents surveyed expressed concern that their kids don’t spend enough time outdoors, with 60 percent of parents blaming video games for their child’s aversion to outdoor activities.

Experts have said that active play is necessary for the development and long-term health of children, and lessens the chance of a child developing diseases such as type 2 diabetes and heart disease when they get older. According to the NHS, children age five to 18 should be getting at least one hour of physical activity per day. But a NHS health survey published in 2016 found that only 22 percent of children in England hit this target.

Beyond physical health effects, many studies have found that British children are amongst the least happy children in the world. A recent international paper had the United Kingdom ranked 38th out of 48 countries for overall happiness of 15 year olds. Clearly, it’s important that we as a society encourage children to play outside more frequently, and parents shouldn’t be afraid to turn off the TV and force their kids to go into the great outdoors – after all, their health is counting on it.