Kids who are picky eaters don't always grow out of it • Earth.com 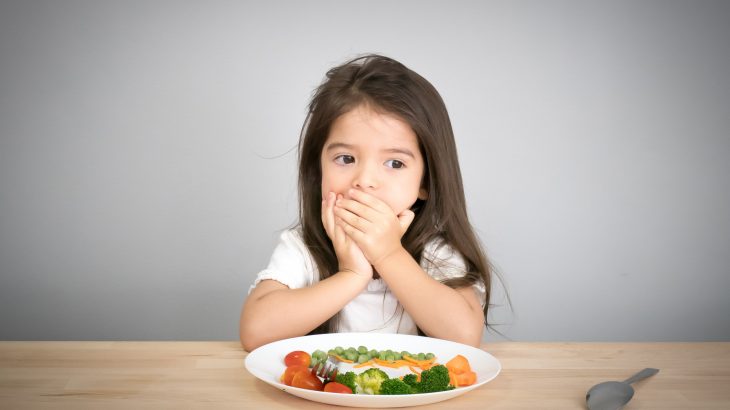 Children do not always grow out of being picky eaters and many are set in their ways by the age of four, according to a new study from the University of Michigan.

The researchers found that the more parents try to control and restrict the diets of children who have limited food preferences, the pickier they become.

On the bright side, most children who are finicky eaters still manage to maintain a healthy weight during childhood.

“Picky eating is common during childhood and parents often hear that their children will eventually ‘grow out of it.’ But that’s not always the case,” said Dr. Pesch.

The researchers found that while fussy eaters have a lower body mass index, most are still in the healthy range and are not underweight. Furthermore, these children are less prone to becoming overweight or obese compared to more liberal eaters.

“We still want parents to encourage varied diets at young ages, but our study suggests that they can take a less controlling approach,” explained Dr. Pesch.

She added that more research is needed to better understand how limited food choices impact healthy weight gain and growth among children in the long term.

The study was focused on more than 300 mother-child pairs from low-income households over the course of four years.

Family members reported on the children’s eating habits, as well as the mothers’ behaviors and attitudes about feeding, when the children were four, five, six, eight, and nine years old.

The study showed that picky eating habits remained stable from preschool to school-age, which indicates that attempts to expand food preferences may be most effective during toddler or preschool years.

The pickiest eaters were often linked to moms who pressured the kids more into eating or avoiding certain foods.

This finding confirms the results of a previous study from Michigan Medicine which revealed that pressuring children to eat foods they dislike does not lead to a well-rounded diet later in life or promote better health and development.

“We found that children who were pickier had mothers who reported more restriction of unhealthy foods and sweets,” said Dr. Pesch. “These mothers of picky eaters may be trying to shape their children’s preferences for more palatable and selective diets to be more healthful. But it may not always have the desired effect.”

According to Dr. Pesch, it is not yet known if children who are picky eaters would have become even more selective if they did not receive higher levels of controlling feeding behaviors, and more research is needed to investigate.