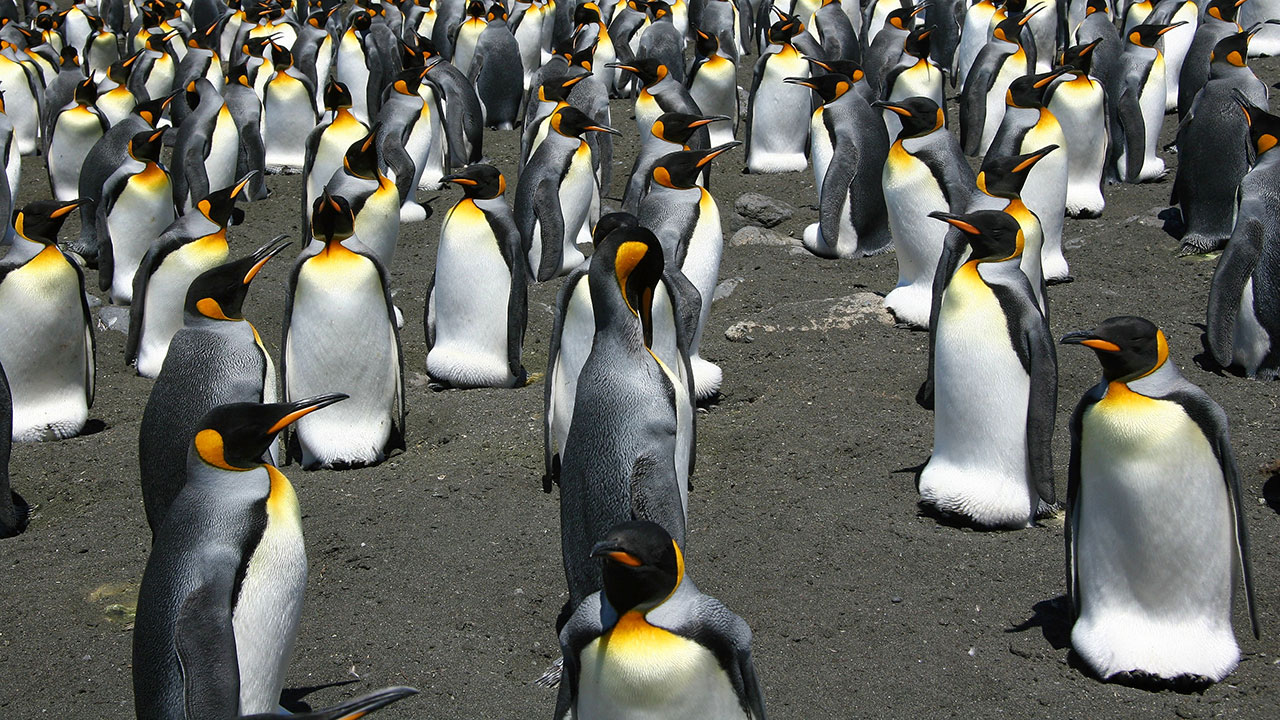 A new study led by researchers at the Woods Hole Oceanographic Institution (WHOI) has revealed that king penguins move throughout their breeding colonies the same way that particles move in liquid to stay united and protect themselves against predators.

As climate change moves their primary food sources farther south, it is important for researchers to understand how king penguin colonies are structured. This insight can help scientists to gauge the vulnerabilities of the penguins in a changing environment.

“King penguin colonies are also of special interest because only they and emperor penguins do not build nests, and no one has previously examined the effect this has on their colonies,” explained lead author Richard Gerum.

King penguins lay a single egg during breeding season and the parents take turns incubating and carrying it. They do not build nests, but form very large and dense colonies.

The study was focused on two colonies of king penguins on Crozet and Kerguelen islands over the course of several years. The research team took aerial photographs to document the positions of thousands of individual penguins and breeding pairs in order to establish the structure of the colonies.

The images were analyzed using radial distribution function, a mathematical relationship that describes the structure of molecular systems such as liquids.

Computer simulations of the penguins’ movements throughout the breeding colonies resembled the movements of molecules in a 2D liquid as they attract and repel one another within a restricted space.

“This liquid state is a compromise between density – or how compact the colony is – and flexibility, which allows the colony to adapt to both internal and external changes,” said senior author Daniel Zitterbart.

“For example, if a pair loses or abandons their egg, it leaves a vacancy in the colony, but we never see vacant spots in our aerial images. Presumably those are filled by penguins that had occupied a less preferred breeding spot.”

According to Zitterbart, this is the “first comprehensive quantitative assessment of the structure and dynamics within king penguin colonies and a first step in developing higher-order colony descriptors.” He explained that this research will ultimately help scientists to remotely evaluate threats to the species.

The study is published in the Journal of Physics D.