Koalas are infected with a virus that causes cancer • Earth.com 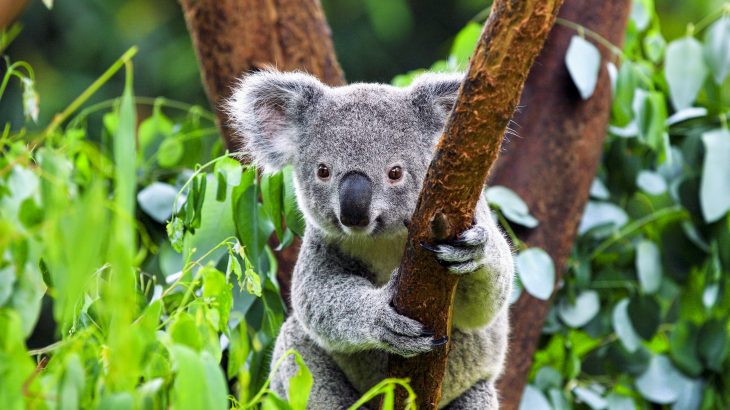 Koalas are infected with a virus that causes cancer

Koalas are being infected with a rapid-spreading virus that causes cancer, according to a new study from the Leibniz Institute for Zoo and Wildlife Research.

The experts report that at some point in the last 50,000 years, the koala retrovirus (KoRV) has infected the eggs or sperm cells of koalas, and their offspring now carry the retrovirus in all of their cells.

The virus inserts itself into the DNA of an infected cell near spots that are linked to cancer. The entire koala population of Queensland and New South Wales now carry copies of KoRV in their genome.

“Retroviruses are insertional mutagens, affecting the host in multiple potentially deleterious ways, including the disruption or alteration of gene expression,” explained the study authors.

“The ongoing conflict between virus and host (sometimes termed a retroviral ‘invasion’ of the host germline), unfolds over millions of years, during which time proviruses can frequently reintegrate in the host genome causing further germline mutations.”

The Leibniz-IZW team has previously shown that old retroviruses present in the koala genome can help to rapidly degrade KoRV. The koalas are essentially in a race to survive the effects of KoRV long enough for the virus to be degraded, according to the researchers.

There is a high frequency of lymphoma, leukemia, and other cancers among koalas in northern Australia. The experts used DNA sequencing to determine that there are multiple links between KoRV and genes known to be involved in the types of cancers found in wild koalas.

Professor Alex Greenwood is the head of the Department of Wildlife Diseases at the Leibniz-IZW.

“Each koala carries around 80 – 100 inherited copies of KoRV in its genome. The genomic locations of most of these are not shared between koalas, indicating a rapid expansion and accumulation of KoRV copies in the population,” explained Professor Greenwood.

“Each time a retrovirus copies and re-inserts itself into the genome, it causes a mutation, potentially disrupting gene expression, which could be detrimental to the host.”

The researchers noted that tumor tissues contain many new copies of KoRV, indicating that KoRV is more active in tumor cells. Furthermore, these copies are generally located close to genes associated with cancer.

While there are other factors that may also contribute to cancer in koalas, the mutational burden from KoRV likely increases the frequency of cells becoming cancerous and may shorten the time for cancer to develop.

“In summary then, we find multiple links at the genomic level between cancer-related genes and KoRV, revealing ways in which KoRV underlies the high frequency of cancer in koalas,” said study co-author Gayle McEwen.

The results are particularly concerning at a time when koalas face multiple environmental and health issues, including habitat loss accelerated by bush fires, dog attacks, and deadly chlamydial infections.