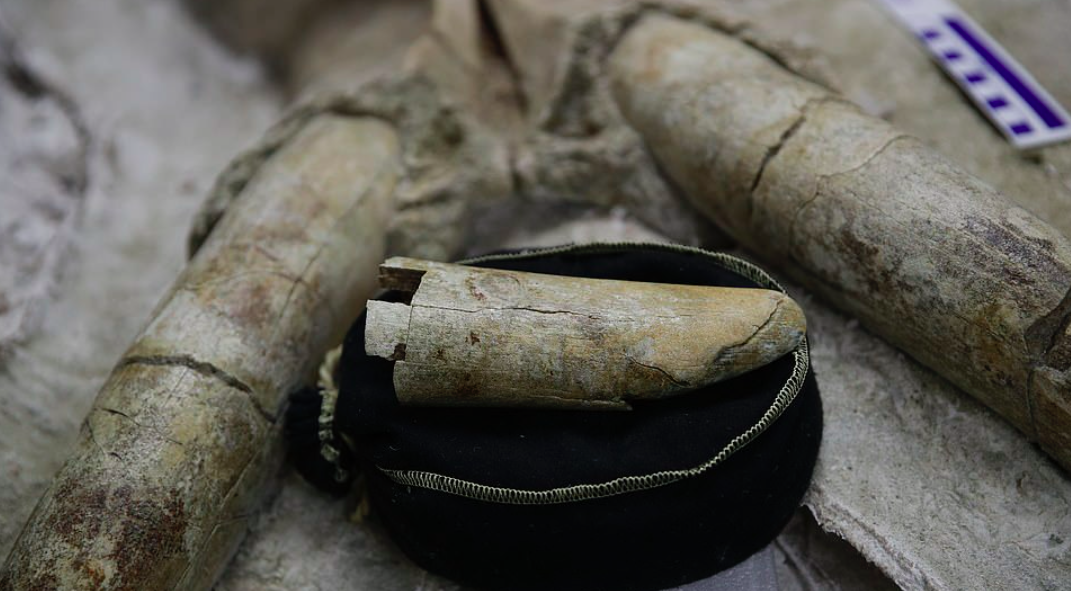 As workers dig an extension for the Los Angeles Metro subway, they are uncovering the fossilized remains of ancient animals. Some of these fossils, including a mammoth skull weighing hundreds of pounds, date back to the last Ice Age, which ended 10,000 years ago.

Dave Sotero is a spokesman for the Los Angeles County Metropolitan Transportation Authority (MTA). He explained that paleontologists have been present alongside construction workers for all of the subway digs in Los Angeles, starting back in the 1990s with the development of the city’s inaugural line.

“Our crews try to be as mindful as possible to help them do their jobs. We get out of their way,” said Sotero.

Construction on the Wilshire section of the subway, known as the Purple Line, began in 2014, and the first fossils were found two years later. Now, the fossils are appearing frequently, with discoveries including a mastodon tooth, camel foreleg, bison vertebrae, and a tooth and ankle bone from a horse.

The most exciting find, however, is the intact skull of a young Columbian mammoth. Paleontologist Ashley Leger is the field director for Cogstone Resource Management, the company hired to carry out the fossil excavations.

“They’re making sure that they’re recovering every single fossil that could possibly show up,” Leger said of her monitoring team. “They call me anytime things are large and we need to lead an excavation.”

About a year ago, Leger received a phone call that led to the best discovery of her career. Leger’s team member said to her, “It looks big.”

The fossil was first thought to be a partial elephant skull. But, after 15 hours of excavation, the team realized they had actually uncovered the enormous skull of a young mammoth.

“It’s an absolute dream come true for me,” said Leger. “It’s the one fossil you always want to find in your career.”

The skull, which weighs a few hundred pounds, is exceptionally rare because both of the tusks are still attached. The young Columbian mammoth was named Hayden, after Hollywood actress Hayden Panettiere.

Leger said that there is a lot to learn from the skull. Investigation of how this animal lived and died can give scientists insight into ancient environmental conditions and also into what the Earth’s climate will look like in the future.

“Every fossil fills a gap,” said Leger. “It tells a story of what came before us, and maybe what’s to come.” 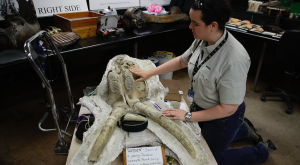 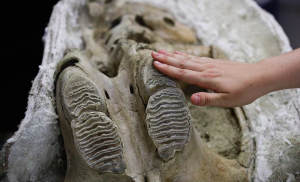